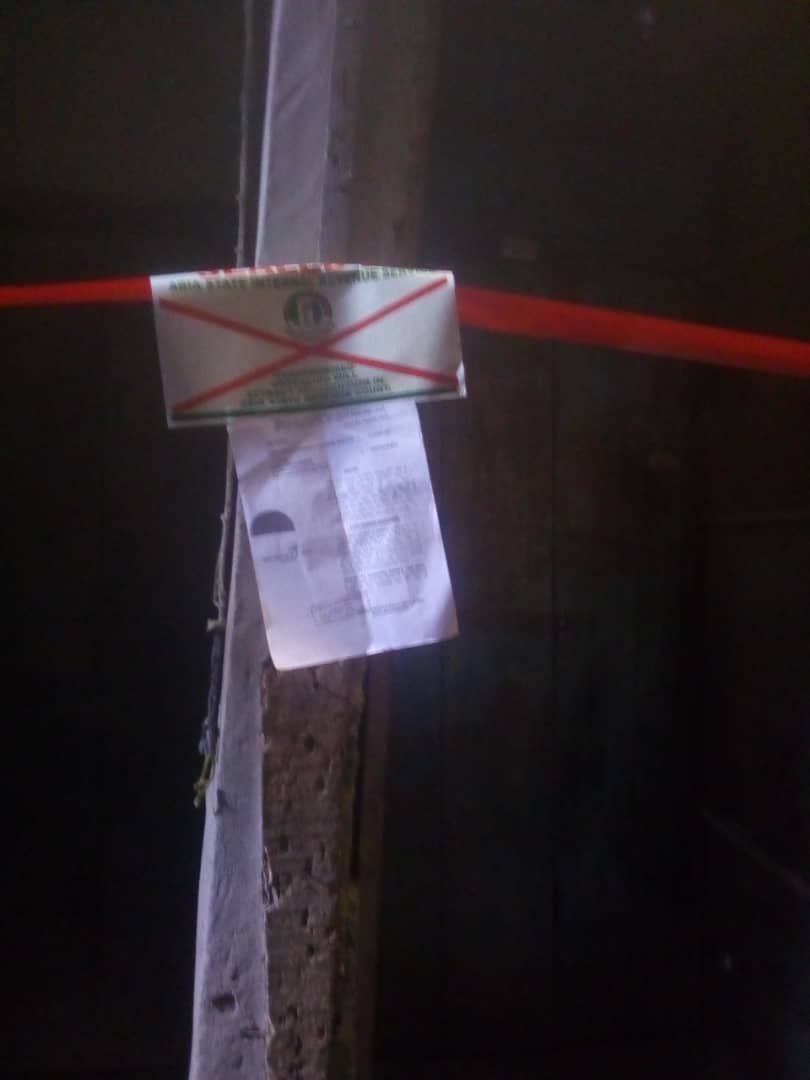 Traders in Bloc A, B, C and D of A-line in the Ariaria market have been left stranded on Monday morning after the management of the Board of Internal Revenue sealed it over non-payment of some levies.

According to a trader who wants to remain anonymous, she said they were told to pay N5600 for the renewal of shops in 2019 and 2020.

When asked what the N18,000 was for, she said; “they told us it comprises of an infrastructural development levy, sanitation, security and other levies. We asked them what the ‘other’ levies comprised of but they didn’t give us any reasonable explanation so traders got angry.”

“The sealing of people’s shops didn’t start today. It has been happening but this time around, it’s our turn. Many people did not renew their shops in 2019 and 2020 and they have been asked to do so”

When our newsleverage reporter asked who collects the revenue, she further said; “they said they came from Board of Internal Revenue.”

Newsleverage contacted the Chairman of Ariaria International Market, Chief Emeka Igara, he revealed that the management of Ariaria was not in charge of the tax but rather the Board of Internal Revenue of the government.

“All of them are storage fee. It’s a compilation of all taxes in the market. The people in charge of it is the Board of Internal Revenue. They called them for a meeting and we also did. The traders were given an account number to remit the money to.”

Chief Igara further revealed that the traders do not pay for their shops or any other thing and so, were authorised to remit to the State Government account for the building of infrastructures in the State.

“When you go to Onitsha in Anambra, Kaduna, Lagos State, they pay N80-100, 000 for their shops yearly but in Abia State, the Anambra businessmen find it difficult to do so knowing fully that this money is used to build the road infrastructures in the State.

“When you visit Ariaria market, you will pity the Governor, he has tried everything to remodel the market but just about a group of 50 individuals are always doing everything possible to mar the progress of the State.

“Go to Port Harcourt, Rivers State, Kaduna State, the government do not care but will demolish and build what it wants. There’s a flood in the market and nobody knows that they are the architect of the problem. So they should pay the revenue to the government. The market is not in charge of it.”

Efforts to get the contacts of managers of the Board of Internal Revenue proved futile at the time of filing this report.