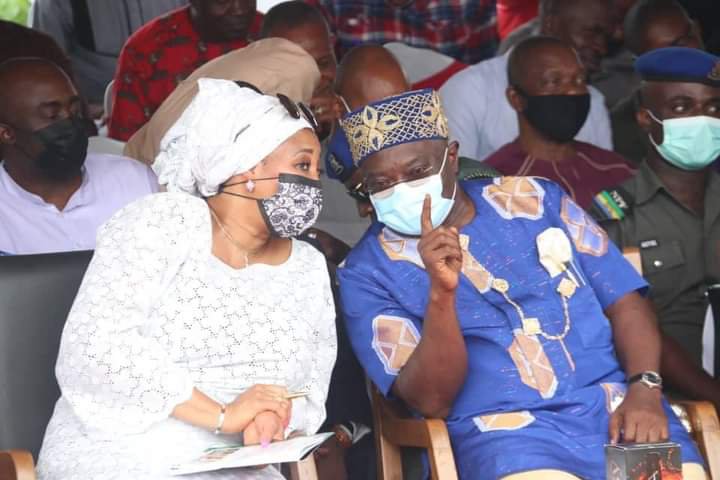 The Governor made the remark today during a civic reception organised in her honour at the Bende LGA headquarters. He said the reception would serve as a tonic to propel her to do more in uplifting the polity of Bende in particular, Abia and Nigeria in general.

Governor Ikpeazu said hosting the former federal lawmaker showed that the people of Bende were knowledgeable and strategic, and urged them to rally round her.

The Governor used the opportunity to reiterate that he would sustain his membership of the PDP as it is the party that has favoured Ndị Igbo greatly, pointing out that it was the PDP that gave the South East the Senate Presidency, made an Igbo man the Chief of Army Staff, Inspector General of Police, among others unlike the APC that has created little or no space for the Igbo man, saying the event had many significant importance including the fact that Bende LGA is the gateway to Abia North and that it proves that Nnenna Elendu-Ukeje places Abia State above her personal interests.

The State Chief Executive saluted the youths of Bende Local Government Area for recognizing the good works Hon Nnenna Ukeje whom he described as “a priceless Jewel of Abia politics.

Also, the Deputy Governor, Rt Hon Ude Oko Chukwu stated that the absence of Nnenna Elendu-Ukeje in the party has affected the party but by her coming back, the PDP in Bende looks good to reclaim its place of pride. He said if Bende was strong again, Abia North would be stronger.

In their various speeches, some stakeholders in Bende LGA including Hon. Emmanuel Ndubuisi of the State House of Assembly, Barr. James Okpara, Chief Gabriel Okereke Elendu and Chief B. A Meregini
appreciated the Governor’s efforts in fixing Abia State. They said Hon. Nnenna Elendu-Ukeje is an exceptional politician, who did her best and gave the Bende people a humble service and deserves to be rewarded.

In an address, the Chairman Organizing Committee and Deputy Chairman, Bende LGA, Hon. Promise Uzoma Okoro said the youths of Bende in conjunction with Abia Democratic Initiative considered it imperative to celebrate Hon. Nnenna Elendu-Ukeje for her contributions in Bende Federal Constituency. He described her as the Commander of the First Eleven in Bende politics and assured that the youths would continue to support her to bring about the needed greater development.

Responding, the celebrant, Hon. Nnenna Elendu-Ukeje said she was overwhelmed by the honour done her by both the Governor and the people of Bende. She said PDP was back in Bende and that she, in collaboration with the people, have the responsibility of building back Bende, assuring that she was committed to ensuring that PDP bounces back in the Local Government Area. She thanked the people for their kind words and gestures, and described Bende as the gateway to success in Abia North.

The event featured conferment of a chieftaincy title of ADA UKWU BENDE by the Bende Council of Traditional Rulers led by Eze Uwakwe Ukaegbu.