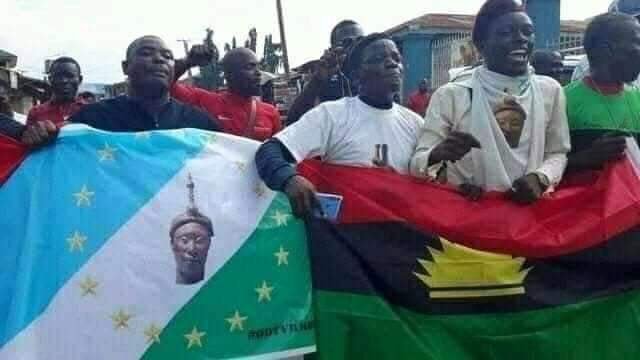 The Indigenous Peoples of Biafra have denied the report that it was plotting to invade Lagos State stating that the report was to fuel division between Yorubas and Biafrans.

This was made known by the leader of IPOB, Nnamdi Kanu on Monday revealing that the Commissioner of Police, Hakeem Odumosu, who made the ‘allegation is a former CSO to Tinubu.’

“The public is hereby notified that the allegations that IPOB is plotting to attack Lagos is a LIE. Lagos State CP, Hakeem Odumosu who made the allegation is a former CSO to Tinubu & their intention is to fuel division between Yorubas & Biafrans. It won’t work. This is not 1967!”

On Monday, the Lagos State Commissioner of Police, Hakeem Odumosu disclosed at a Security Townhall Meeting at the Lagos State Secretariat that it got a threat that IPOB was plotting to attack Lagos State.

In a paper he delivered at the meeting titled, “Appraisal of Security Situation in Lagos State,” Mr Odumosu identied threats by IPOB and called on Lagosians to be at alert and support the police.

“The threat of IPOB to attack soft targets in Lagos is equally being put on the radar of the Command intelligence gathering and other security services in the State. Strategies are being put in place to neutralize their activities.

“The Command is using this medium to solicit the support of all and sundry to be vigilant at all times and report any suspicious person or movement to security agencies. Let us adopt the slogan of ‘when you see something, say something.’”

Mr Odumosu said the police will do all they can to forestall the plotted attack by IPOB/ESN members.

He added that the police had taken note of threats by agitators of Oodua Republic and other Yoruba separatist groups, adding that the police will neutralise their activities.