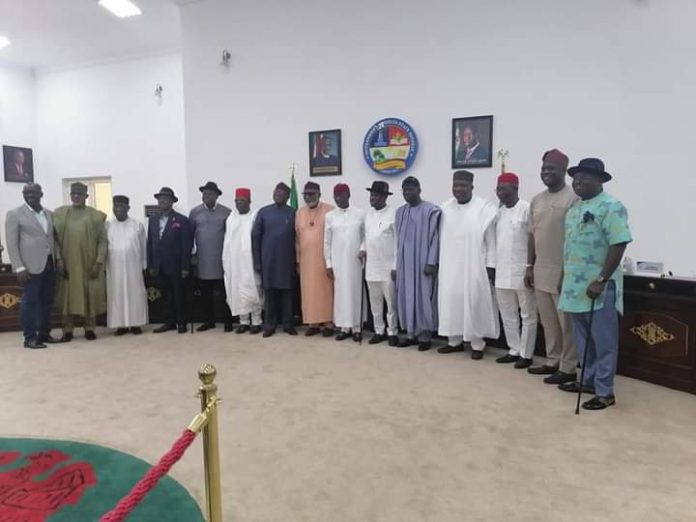 COMMUNIQUE ISSUED AT THE END OF THE MEETING OF THE GOVERNORS OF SOUTHERN NIGERIA AT GOVERNMENT HOUSE, ASABA, DELTA STATE ON TUESDAY, MAY 11TH 2021

At its meeting held today, 11th May 2021, the Southern Governors Forum reviewed the situation in the nation generally and focused on the current security situation, agitations/restructuring, prospect for Inter-state collaboration and partnerships as well as the incidence of the COVID-19 Pandemic.

Rising from the meeting, the Forum –