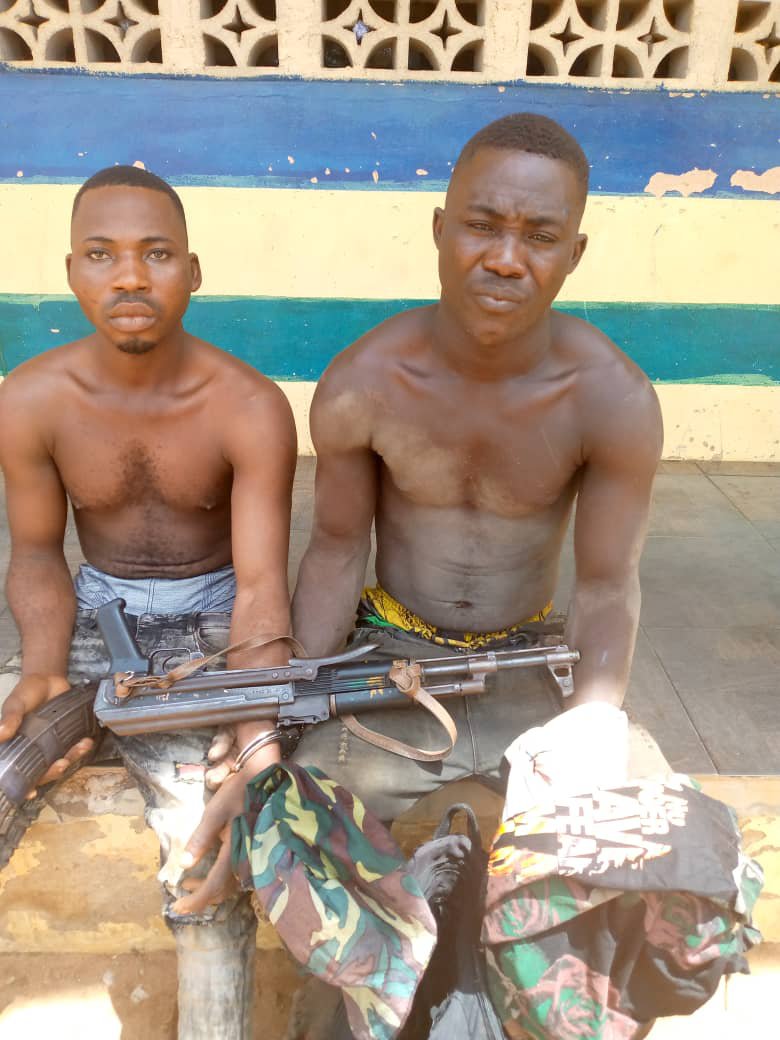 Two armed robbery suspects have been arrested by the Imo State Police Command on Tuesday, May 11th 2021.

20-year-old Godwin Danladi and Bamaiyi Gada were arrested at a criminal hideout at Eziobodo, Owerri West Local Government Area of the State.

According to a statement by the police public relation officer, DSP Ikeokwu Godson Orlando on Tuesday, the operatives of the Divisional Police Headquarters, Nekede/Ihiagwa swung into action following a tip-off.

The suspects confessed to the crime and also being part of a robbery gang that has been terrorising Nekede and it’s environment.

The police revealed that it strongly believes that they were part of the prison inmates who escaped from the Correctional Service on the 5th of April 2021.

However, efforts are ongoing to arrest other member of the gang.

Items recovered from them include; one AK47 rifle, military camouflage and some other military tags.