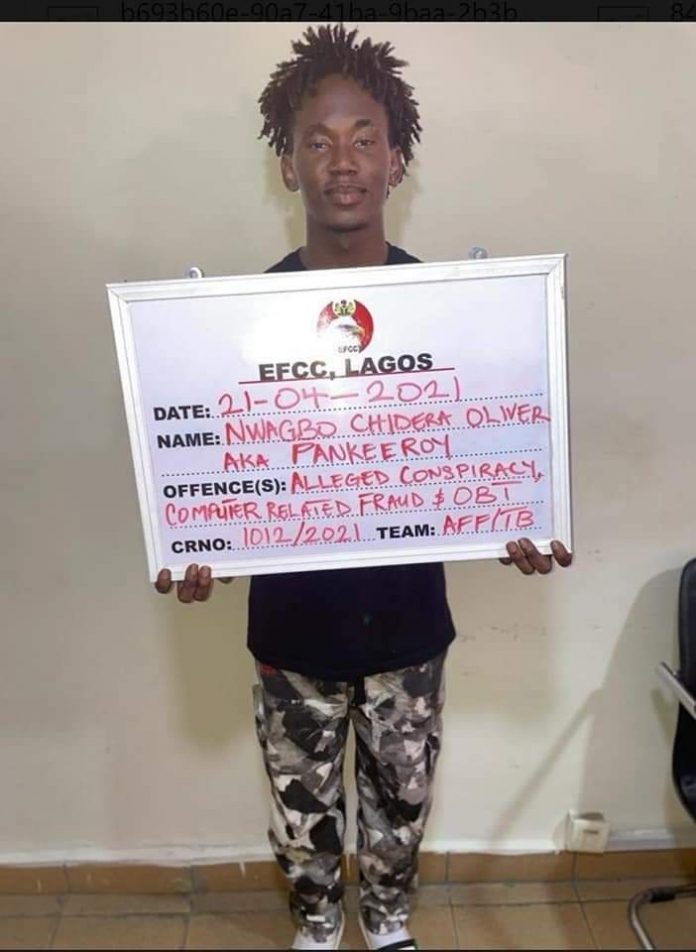 The comedian was paraded on Thursday, April 22, alongside 34 others. They were arrested on Wednesday, April 21, at their hideout in James Court, Lekki, Lagos, following verified intelligence received by the Commission about their alleged criminal activities.

Until his arrest, Chidera, who claimed to have gone into a Bitcoin scam after he suffered depression, had been presenting himself as a vendor who redeems bitcoin vouchers using the bitcoincoretrading.com platform to defraud his unsuspecting victims.

The commission in a statement on Thursday said upon his arrest, a Mercedes Benz AMG GLE model worth N36,000,000 was recovered from him. Adding that investigations revealed that the suspect has N22,300,000 worth of Bitcoin in his blocked chain account.