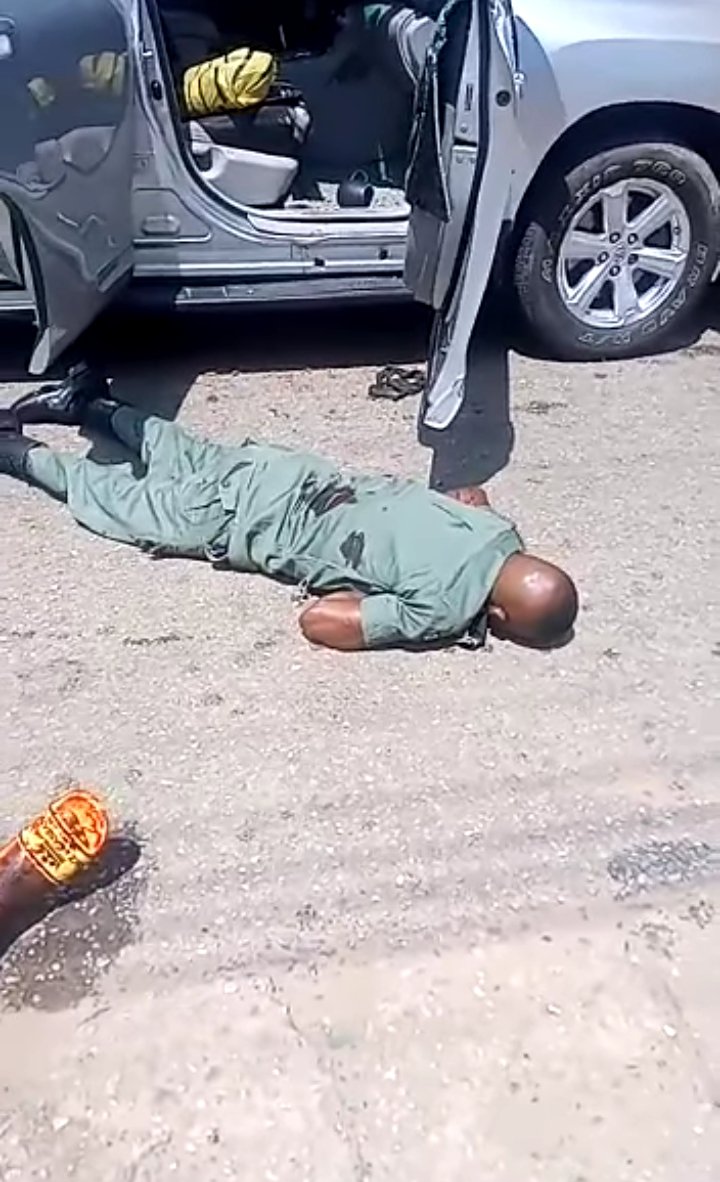 A policeman has died from a shootout in Umuahia after a group of armed men trailed a foreigner who came out from a bank around Mission Hill near Prison Headquarters in Umuahia, Abia State.

It was gathered that the foreigner was robbed while the policeman guiding him was killed and the driver shot in the leg.

Quickly informed, policemen rushed to the venue but met the corpse of their colleague.

The corpse was deposited at the Federal Medical Centre mortuary.

Owing to this, there has been tension in the city but the Commissioner of Information, Chief John Okiyi Kalu, speaking with Director General of Broadcasting Corporation of Abia State, Anyaso Anyaso on BCA Radio assured the citizen that there is no cause for alarm.

“It was a case of a robbery attack and there’s no cause for panic. A foreigner who was coming out from the bank was attacked. Unfortunately, his police orderly was killed. I do not know why people are killing our policemen. If policemen are killed then we are not safe.

“We know there’s rising insecurity in the country and that is why Governor Okezie Ikpeazu will be having a roundtable discussion with all serving and retired servicemen of Abia origin, Chairmen of Local Government Areas and the Traditional Rulers to find a lasting solution to the problem.”