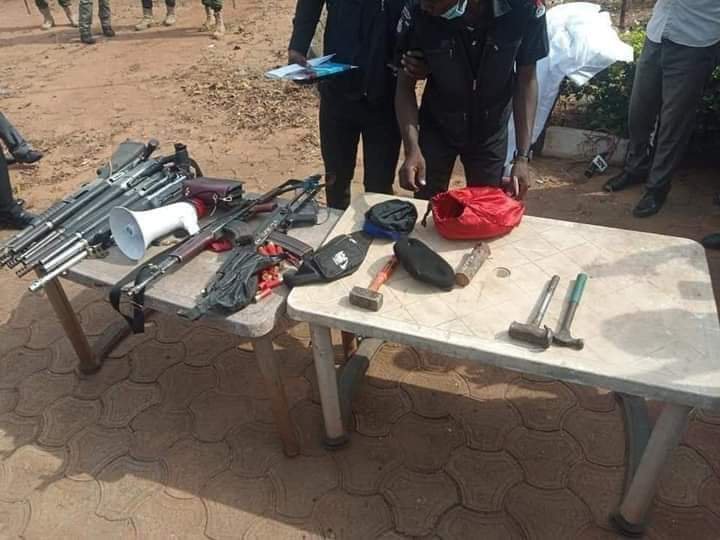 Available accounts show that the Gunmen attacked Police B Division but the attack was gallantly repelled by Police Officers recording no casualties on the side of the police but the attackers threw a petrol bomb into charge room which got part of police station burnt.

The Anambra State Joint Security Team was alive to duty and foiled the attack on INEC Headquarters and again no casualty was recorded but a store and 4 cars parked within the premises were burnt but all INEC sensitive materials are still intact and neither the police nor the joint security Team lost a Personnel, arm, ammunition or equipment.

Several arms, live ammunitions and 3 Hilux vans were recovered from the bandits while 2 of the unknown Gunmen were killed and 3 others arrested. Others escaped into nearby bushes with gunshot wounds, the police and the joint security team are currently combing the nearby bushes for the attackers.