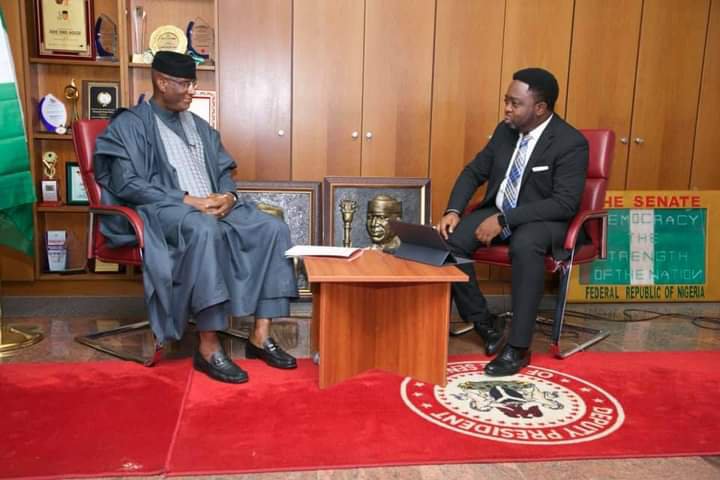 Ovie Omo-Agege, deputy president of the senate, says he would prefer for youths to take an active part in government instead of resorting to protests.

Speaking on Thursday in an interview with Channels Television, Omo-Agege said he is sponsoring a bill that will set aside 30 percent of positions in federal and state executive councils for persons aged between 25 and 30 years.

The deputy senate president said he believes that there is a need for young persons to be exposed to the decision making processes.

“I do not see why we should keep these youths away from government, and these are people that constitute about 70 percent of our population today.

“They own this country. It is my belief that they are better off participating in decision making on matters affecting the well-being of the country. It is their country.

“The earlier we expose them to these positions, the better. They can make their mistakes; they are just 30 percent of the cabinet.”

‘WHY WE CANNOT ALTER ALL THE PROVISIONS OF THE CONSTITUTION’

Reacting to calls for a new constitution, he said those who want a “brand new” constitution must submit a bill to the national assembly to move that the section 9 of the constitution be altered.

He argued that to alter section 9 of the constitution, it required four-fifths votes of members of the senate and that of house of representatives, which he said would be difficult to achieve.

“We can alter any provision of the constitution. It proceeds to set out the methodology of doing just that.”