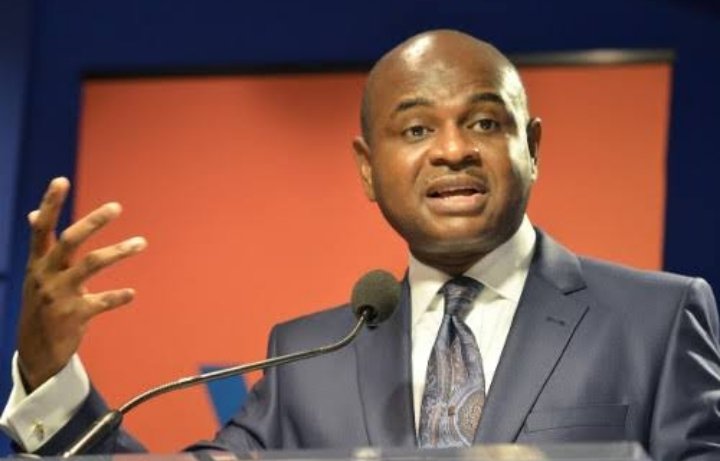 Former Deputy Governor of Central Bank, Kingsley Moghalu has called on President Muhammadu Buhari to set up a Truth and Reconciliation Commission to stabilize the country and begin a national healing.

Speaking on his official Twitter handle, Moghalu who has declared his intention to run for the Presidency in 2023, disclosed that the committee will have 7 members which will comprise of a representative from each geo-political zone with an international member from the United Nations or South Africa as they have experience with TRC.

Moghalu further revealed that the committee should be given a six months mandate in which witnesses of the 1966 January, July coup and the civil war will make statements and ‘make findings and recommendations that will promote national reconciliation by turning historical memory into a force for mutual forgiveness so we can all move on.’

“At my press conference yesterday in Abuja I called on President Muhammadu Buhari to set up a Truth and Reconciliation Commission to help stabilize Nigeria and begin a process of national healing and reconciliation. Its primary assignment should be to reconcile Nigerians across sectarian divides that have been sustained by the wrong use of the more unfortunate aspects of our national history, especially from the first coup of January 1966, the counter-coup of July 1966, to the end of the Civil War in January 1970. If we are to build a nation, we must confront our history and utilize it for reconciliation and not for division. We should stop sweeping history under the carpet.

A TRC exercise, if well handled, will help cleanse the bitterness that has been planted in the hearts of many our compatriots. As a former senior official of United Nations I played significant roles in conflict resolution and rebuilding failed states in Angola, Cambodia, Croatia, Rwanda and Somalia, and in international security operations (this was all long before Central Bank for which one is more widely known inside Nigeria).

A TRC should have 7 members, one from each geopolitical zone and an international member from the UN or from South Africa (both have strong experience in TRC matters). It should have a six-month mandate. It should invite witnesses, survivors and critical players from all sides of the 1966-1970 crisis to make statements and make findings and recommendations that will promote national reconciliation by turning historical memory into a force for mutual forgiveness so we can all move on.

In addition, I also recommended that President Buhari should (a) invite all secessionist agitation movements to a national dialogue and give them a hearing to address any credible grievances, (b) take concrete steps in collaboration with National Assembly and representatives of ethnic nationalities, traditional rulers, clergy, and civil society towards the establishment of a Constituent Assembly to begin the framing of a new Constitution we all agree to, (c) appoint a panel of historians with equal representation from northern and southern Nigeria to review and agree on a national history curriculum, including the civil war, to be taught in primary and secondary schools from the perspective of lessons learned and national reconciliation, (d) establish a national holiday to remember the millions that does in the Nigerian civil war.”