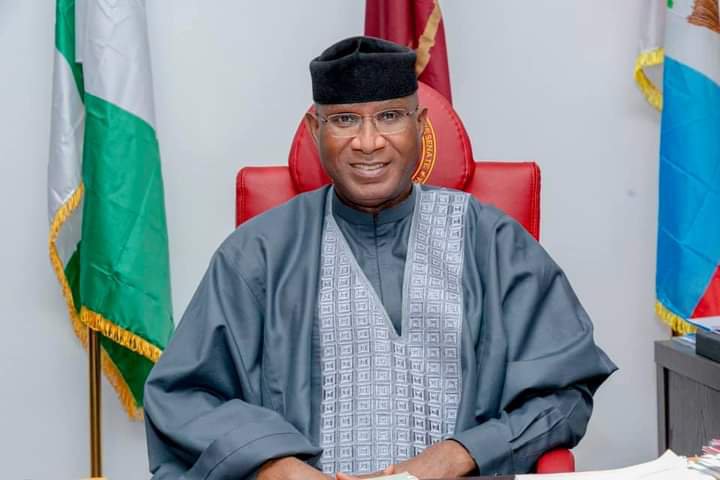 The Deputy President of the Senate, Senator Ovie Omo-Agege has said June 12 has crystallized into a beacon of hope and rallying point for the development of democracy under a progressive agenda.

In a message to mark this year’s Democracy Day, Senator Omo-Agege who chairs the Senate Committee on Constitutuon Review, assured that the exercise would deepen our democracy.

Describing the winner of the June 12, 1993 presidential election, Chief MKO Abiola and his wife, Alhaja Kudirat Abiola, as icons of democracy, the Delta Central lawmaker called on those championing the drumbeats of war to have a rethink and explore peaceful democratic channels to air their grievances.

His words: “Today, as we join hands in recalling the inspiring historical landmark of Nigeria’s first truly free and fair elections, let us collectively resolve that the sacrifices of all the fallen heroes of Democracy would not be in vain.

“In memory of a great icon, Chief MKO Abiola whose personal imprints in business, politics and humanitarian efforts reached out across the entire federation, let us collectively strive to subscribe to dialogue and avail ourselves of all peaceful democratic channels through which our opinions as well as grievances can find worthy expression.

“Let us remember too, the heroine of the June 12 struggle, Alhaja Kudirat Abiola and many other men and women – known and unsung – as well as the many young martyrs of Nigeria’s struggle for democracy.

“The facts of June 12 and the exemplary roles of political leaders, students, voters and all other citizens whose roles culminated into this historical landmark all demand that we build on what we have today through further participation in efforts to deepen the democratic process.

“On our part as representatives of the people, we have conscientiously pushed forward with various efforts including a constitution review process aimed towards deepening our democracy in the interest of the current and unborn generations.

“For those who feel concerned about the quality of representation in their ward, state or at other levels, coming free and fair democratic elections offer a unique opportunity for improved choices and this further amplifies the need for all those involved to rethink their involvement in secessionist agenda, crime and all other anti-democratic practices that also threaten peaceful co-existence across Nigeria.

“The positive history of June 12, 1993 elections with which millions of citizens across the federation made a trenchant call for unity of purpose under the banner of democracy is still worth sustaining”.

Yomi Odunuga,
Special Adviser, Media and Publicity to the Deputy President of the Senate.