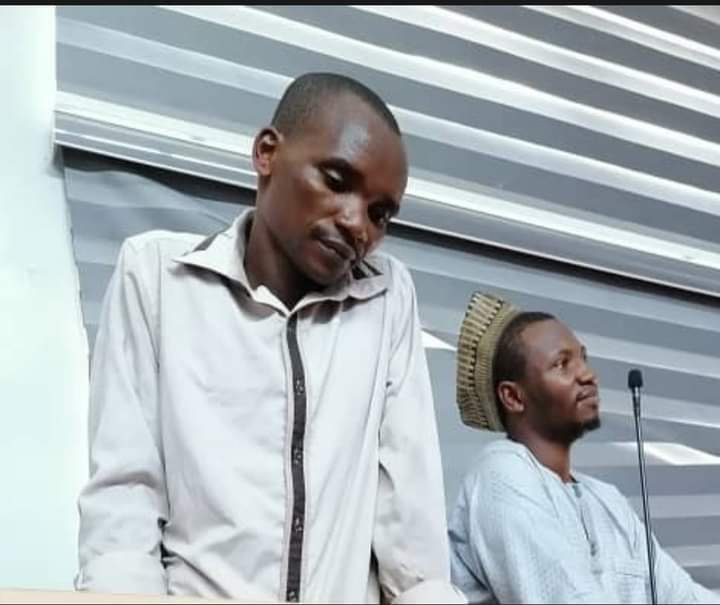 Justice Malami Umar Dogon Daji of the Sokoto State High Court, sitting in Sokoto today Tuesday, July 6, 2021, convicted and sentenced the duo of Mainasara Malami and Emmanuel Salihu (both staff of the Nigeria Security and Civil Defence Corps) to seven years imprisonment without an option of fine for conspiracy and obtaining money by false pretence to the tune of Two Million Seven Hundred and Fifty Thousand Naira (N2,750,000.00).

One of the count charge reads: “That you Mainasara Malami and Emmanuel Salihu sometime in October, 2017 in Sokoto within the Judicial Division of the High Court of Sokoto State with intent to defraud, obtained the total sum of N2,750,000.00 from some members of the public under false pretence of securing employment with the Nigeria Security and Civil Defence Corps, which you knew to be false and you thereby committed an offence contrary to Section 1(1)(a) of the Advance Fee Fraud and Other Fraud Related Offences Act, 2006 and punishable under Section 1(3) of the same Act.”

They pleaded not guilty to all the charges, which necessitated their trial.

Prosecution counsel, S. H Sa’ad, in the course of the trial tendered several documents and called witnesses to prove the case against the convicts.

Justice Dogon Daji found the defendants guilty on both counts, convicted and sentenced them to seven years imprisonment on each of the counts without an option of fine.

The sentences are to run concurrently effective from the date of arrest. The Judge also ordered restitution to the victims.

The convicts’ journey to prison started when the Commission received a petition alleging that Mainasara Malami of the Sokoto State Command of the NSCDC, represented himself as capable of securing employment for various persons and obtained the sum of N2,750,000.00 (Two Million Seven Hundred and Fifty Thousand Naira) from them.

During investigation, Mainasara admitted collecting the excess of N2,000,000.00 (Two Million) for job offers with the NSCDC which he claimed to have done at the instance of his boss, one Inspector Emmanuel Salihu of NSCDC Headquarters, Abuja. And that all monies obtained were transferred to the account of the said Salihu.

But Salihu admitted to have received only N694, 000.00 from Mainasara.