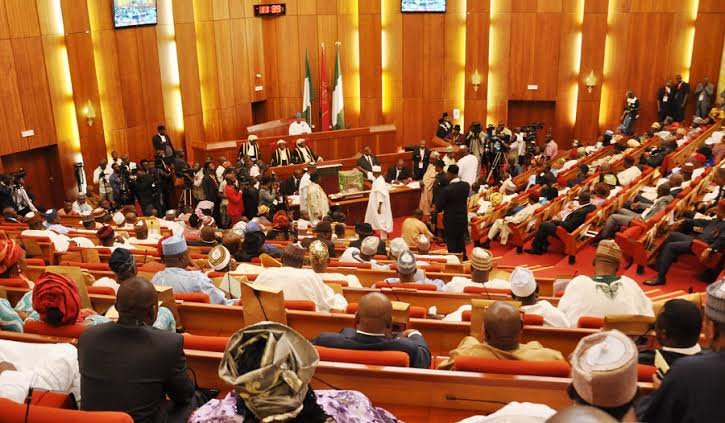 The bill was passed for third reading after Kabiru Gaya, chairman of the Independent National Electoral Commission (INEC), presented a report at a plenary session on Thursday.

The major bone of contention in the legislation is the transmission of election results electronically and spending limits for candidates of political parties.

The legislation is seeking to repeal and re-enact the 2010 electoral act which has been under consideration for years.

TheCable had reported how the national assembly blocked the transmission of election results through electronic means in clause 50(2) of the bill.

In clause 88 of the legislation, the lawmakers tripled expenses for presidential, gubernatorial, senate and house of representatives elections by about 200 percent.

The alleged action by the national assembly has drawn criticism from many Nigerians and after the outrage the federal lawmakers restored the electronic transmission clause.

During the clause-by-clause consideration of the bill, Sabi Abdullahi, deputy senate whip, proposed that the Nigerian Communications Commission (NCC) must certify that national coverage is adequate and secure while the national assembly must approve before the Independent National Electoral Commission (INEC) can transmit election results.

But Albert Bassey, senator representing Akwa Ibom north-east, kicked against the idea and said the initial proposal made by the committee should be retained.

“The commission may transmit
results of elections by electronic means where and when practicable,” section 50(3) of the report read.

After a rowdy session and using a “division” voting method, the senate eventually retained Abdullahi’s amendment after a 52-28 vote.

The remaining 28 legislators were absent.