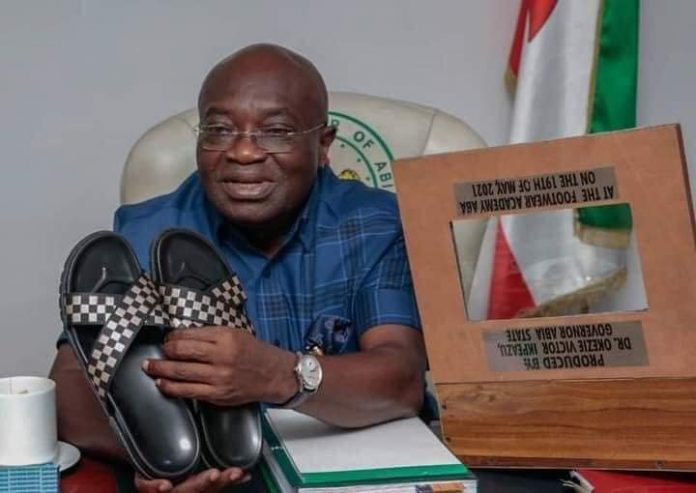 When governor Okezie Ikpeazu took over the reign of governance in Abia state. He was faced with a cannonade of election litigations that went on for the better part of his first four years as governor. one thing that stood out during this long legal battle was his courage and focus on inclusive economic and infrastructural development of the state.

Despite the battery of political, economic, and infrastructural challenges that greeted his ascension to the seat of governance. Dr Ikpeazu kept his focus and worked assiduously hard towards the possibility of sustained infrastructural and economic growth in God’s Own State.

Yes, there were concerns from valid interests and also from opposition quarters as to whether the governor will live up to the expectations of the people because of not only our political trajectory but also the infrastructural and economic challenges facing him upon assumption of office.

The Nigerian political system, known for its drama and intrigues, has been alien to innovation, consistency, and dedication to tangible development. but the administration of Gov. Okezie Ikpeazu to every sincere political analyst changed that perception by working hard to meet up its own set objectives and has redefined service delivery through focused, sincere, and prudent governance strategy.

Truth is, no other governor since the creation of the state has brought Abia to global recognition than the Ikpeazu administration.

Dr Ikpeazu has through consistent strategy and aggressive campaigning and promotion, made Aba a popular international destination for finished leather and garment products.

The volume of trade between Aba and the rest of West and Central Africa is at an all-time high, truckloads of manufactured goods depart the commercial city to the ports for onward export to Cameroun, Ghana, Togo, Equatorial Guinea, Central Africa Republic, and other African countries, the manufacturers are also receiving orders in Dollar ($ )exchange from across Europe, America, Asia, and Arab countries.

Permit me to describe Dr. Ikpeazu as aggressively modern in his infrastructural and economic developmental policy approach, having strategically revived the industrial and entrepreneurial spirit of the average Aba resident and is moulding Aba into a garden of possibilities.

Though the state has infrastructural challenges especially within Aba due to its peculiar topographical nature, the Ikpeazu government is tackling the challenges successfully and aggressively and today so many roads hitherto impassable have been reclaimed with standard and world-class construction and design, stabilized and built to last.

Dr. Ikpeazu has not made Infrastructural development its singular goal. His administration is approaching the development of the state through a multifaceted approach, there have also been projects and government-level actions aimed at boosting Abia’s economic growth and evolution.

The Ikpeazu administration has also shown remarkable innovation and creativity in its ever-growing list of ways to boost the state’s economy. his unique outlook on development, relentless focus on growth, and the evolution of Abia are a product of smart thinking, prudence, innovative and creative governance, preparedness, focus, and insistence on excellence and quality leadership.

This administration has a clear vision and is determined on its accomplishment, but one thing is clear, Dr Ikpeazu has his eyes on the ball and will leave behind an Abia we all will be proud of.