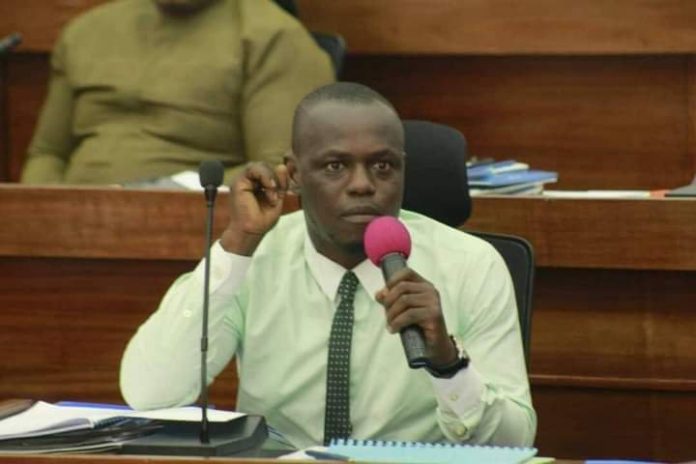 Our attention has been drawn to a circulating publication by the member representing Aba South State Constituency at the Abia State House of Assembly, Mr Obinna Ichita, wherein he alleged among other things that some unnamed individuals are seriously threatening his life over his political activities within the state and we wish to unequivocally condemn such threat, if at all it exists beyond the imagination of the All Progressive Grand Alliance (APGA) Legislator.

We also call on relevant security agencies in the state to thoroughly investigate the purported petition by the Lawmaker.

It is a well known fact that under the watch of Governor Okezie Ikpeazu, premium has been placed on freedom of expression for all citizens of the State as well as protection of their lives and property.

The administration has never been and will never be associated with political killings or harassment of citizens based on their opinions and political views even when such views are sometimes considered too toxic and beyond the threshold of a globally accepted standard of freedom of expression, rather the administration continues to receive accolades from within and outside the state for being the most peaceful in Nigeria with all political views and orientation accommodated.

Mindful of the fact that desperate politicians seeking future political redemption for non performance in office are also capable of crying wolf even where there is none, we wish to insist that the grave allegations be expeditiously investigated in its entirety and those found culpable brought to justice. However, if on the other hand there is no substance to the allegation, we also will insist that appropriate sanctions be applied to deter those who may wish to needlessly overheat the polity by raising false alarms.

It is desperately malicious and/or a hallmark of ignorance for a state legislator to claim that a World Bank project fund of N27.4b has been “paid in full by the World Bank to the state government“ and insinuate possibility of misappropriation whereas the practice is for such funds to be held in a project account supervised by the Bank with contractors payments released to them on the basis of agreed milestones and “no objection certificate” from the World Bank itself. It is elementary for a state legislator to know that the state government cannot pay out ONE KOBO from that account, even if it wishes to, without approval and concurrence by the World Bank which must have also certified work done as we do not not have direct access to the fund.

For a legislator who is not known to have passed any bill, including the one related to the said project, and whose political party (APGA) previously petitioned sundry federal agencies in the country including Ministry of Finance to stop the World Bank from funding the projects for the people of Aba South in particular and Abia State in general to turn round and make maliciously false insinuations regarding the project without educating himself properly on it can only be attributed to lack of attention to details, dereliction of duties, unsuitability for office and mischief.

Yet, we do not think that ignorance or incapacity should be a basis for anyone’s life to be threatened hence our insistence that the security authorities in the state and elsewhere throughly investigate the petition and make public their findings.

With regard to the disbursement and application of the State House of Assembly appropriated Paris Club Refunds, the administration has no reason to interfere with legislative or legal reviews of the application of the funds. We have already stated our position on that and other related issues to the effect that we do not interfere with constitutionally empowered bodies reviewing our management of the finances and other resources of the people of Abia State. Anyone found culpable of misappropriating public funds should be sanctioned according to the law while those who make false and malicious claims should also be sanctioned as appropriate.

It is also important to remind politicians that 2023 election cycle is more than 15 months away and those elected at various levels in 2019 are expected to focus on delivering dividends of democracy to the people of the state rather than engage in premature campaign activities through subterranean means and intrigues aimed at distracting the government and people of the state.

We believe that power belongs to God who alone can determine, through the people of the state, who wins or loses what position in the fullness of time. It is therefore advisable that elected leaders and politicians at all levels focus on delivering dividends of democracy so that they can have basis to ask the people for their votes when the time of political reckoning comes.

Abia voters are sophisticated enough to distinguish between wild propaganda and substantive performance by those entrusted with the sacred mandate of the people to lead, and they are not about to let down their guard to be deceived with malicious allegations.

We therefore wish to reiterate that the Government remains focused on implementing the kinetic Abia projects that have endeared her to the people and will continue to prioritize security of lives and property of all Abians within a democratically free and open environment.