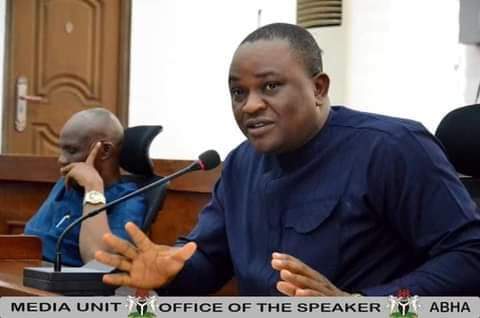 In an interview at Flo-FM, the Honourable member representing Isiukeuato State Constituency, Barrister Emeka Okoroafor accused the Nigerian Military of abetting criminals following the attack by herdsmen in the local government area.

Herdsmen, on Thursday 19th August 2021, blocked the road between Abia State University Uturu, ABSU and Ogudasa for hours stealing, raping and kidnapping people and in the process, many University lecturers were kidnapped.

AFNews reported that according to Honourable Emeka Okoroafor, ‘the security arrangement put in place by the council made some arrests and few minutes after their arrest, an order came from 143 Brigade Ohafia for their immediate release despite evidence linking them to kidnapping such as multiple sim cards, charms, army camouflage. Honourable Okoroafor also asserted that the next day after the incident two other men carrying charms, phones and multiple simple cards and five others communicating with them to ascertain if the road is clear for them to strike were arrested by the security architecture put in place Council, but on the orders of the military, they were released.’

The Honorable member lamented that the level of insecurity currently in Isuikwuato is now alarming, he adduces that due to the security situation in the council, the Police headquarters has been relocated to Ovim close to the arreplicarack while the Divisional Police post in the council has been abandoned by men of the Nigerian police force out of fear.

However, the Nigerian Army reacted to the allegation as a travesty of facts and reality adding that the claim is completely devoid of truth.

The attention of the Nigerian Army has been drawn to a spurious allegation by an assembly member representing Isuikwuato constituency of Abia State who alleged that when security agents arrested suspected kidnappers of Abia State University lecturers, a certain call came from a high military formation ordering the release of the arrested suspects despite strong evidence linking them with the said crime.

Much as we do not want to join issues with the insinuators, it is is crucial to set the record straight. If truly the claims in the said report emanated from the lawmaker, then we must state without mincing words that they are not only unfounded but a travesty of facts and reality. The claim is completely devoid of truth. It is most unfair for anyone at that height of the social ladder to sponsor a smear campaign against the Nigerian Army for whatever reason; particularly knowing that he has access to the leadership of the military.

Contrary to the narrative being peddled in the said report, it took the gallantry of our men on patrol to rescue the victims of the said kidnap incident before handing them over to the police. How then could the same Army that was instrumental to the rescue of the victims, turn around to order the release of the suspects. Evidently, this is illogical and a blatant lie.

The Nigerian Army therefore, wishes to state that the misguided report is actually an abysmally failed attempt at blackmailing the NA for denying unscrupulous elements the freedom of action to foist lawlessness and violence on the good people and government of Abia state.

The honourable lawmaker should have abinitio, sought clarifications from the Army before resorting to media trial.

We therefore appeal to members of the public to approach the Army on any issue requiring clarification rather than resorting to blackmail.

The Nigeria Army is firmly commited to the fight against banditary and criminality in the country. Nigerians, including residents of Abia state are assured of their security as we relentlessly continue to discharge our constitutional responsibilities.