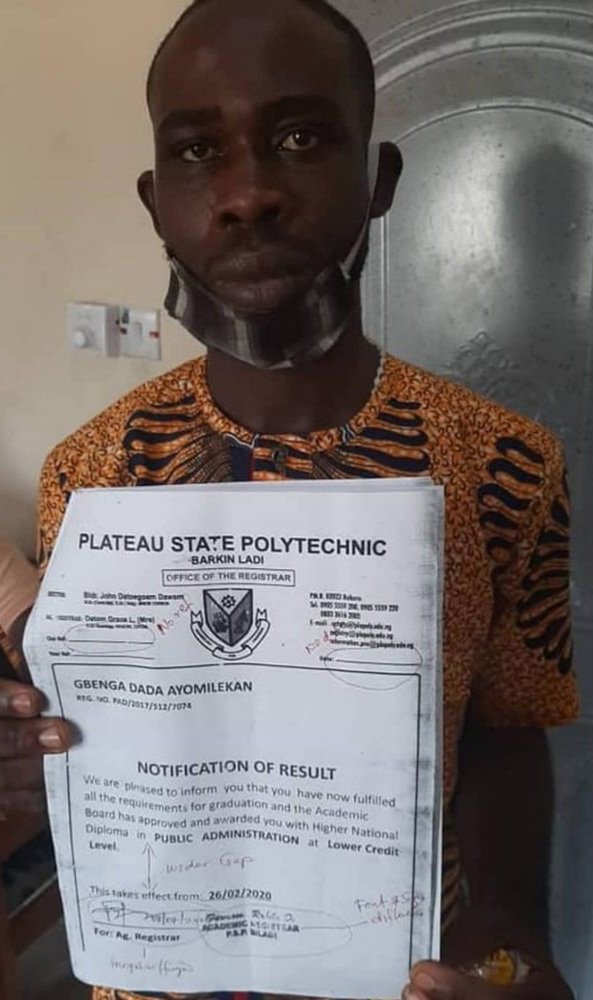 The Adamawa State Police Command has arrested one Dada Gbenga Ayomilekan, who was parading himself as a member of the National Youth Service Corps (NYSC).

A forged HND certificate and fake identification card among other documents were recovered from the suspect.

Spokesperson of the command, DSP Suleiman Nguroje, who disclosed this in a statement on Tuesday, September 7, said the suspect was arrested by operatives attached to the State Intelligence Bureau, while on an intensive surveillance patrol to ensure safety and security in NYSC Orientation Camp in Girei Local Government Area.

“The suspect and resident of Hokolul street, Oyun tipper garage, Ilorin, Kwara state claimed to have graduated from Plateau State Polytechnic with lower credit grade and was sent to NYSC orientation camp and arrested on the 6th September, 2021,” the statement read.

The State Commissioner of Police, Aliyu Adamu Alhaji, who talked tough on the impersonators, directed State intelligent Bureau (SIB), CP’s Monitoring unit, Public Complaint Bureau (PCB) to go after people of such questionable characters and checkmate the criminal activities in the camp.