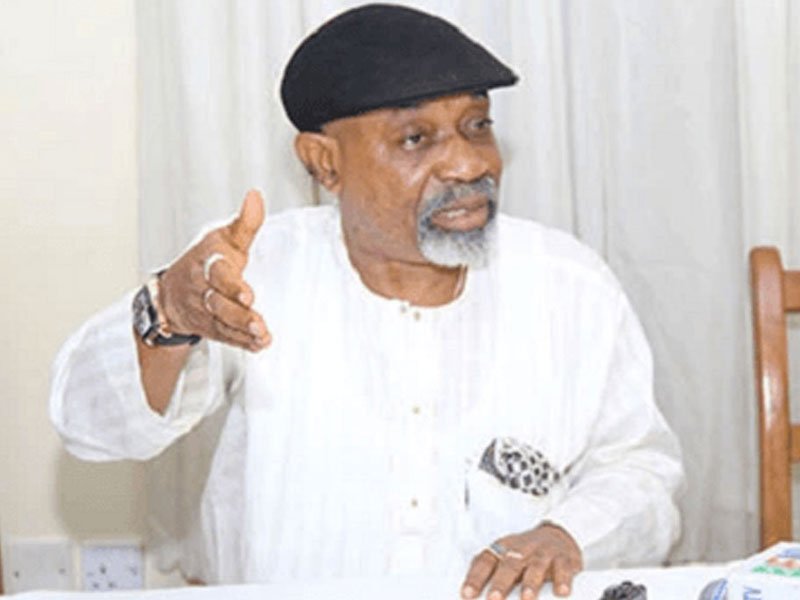 The Minister of Labour and Employment, Chris Ngige has appealed to striking National Association of Resident Doctors to call off strike.

Speaking on Channels TV on Sunday, Mr Ngige asked the resume work on Monday or Tuesday so they can discuss the way forward.

“I want to appeal to NARD for them to reconsider their position: get back to work tomorrow or next and then come back again for discussions,” Mr Ngige pleaded. “We have so many things to discuss.”

According to the minister, his effort is to protect the health sector, pointing out that his relations and children are also medical practitioners.
Mr Ngige is a medical doctor too.

“I have nephews who are resident doctors. I have three of them in the east — at the Nnamdi Azikiwe Teaching hospital, UNTH Enugu, Orthopaedic Hospital, Enugu. I have so many of them,” said Mr Ngige. “I have my son — a house officer. I have my daughter, who is joining housemanship in October.”

The resident doctors had embarked on an indefinite nationwide strike on August 2, demanding the implementation of a Memorandum of Understanding they signed with the federal government in March 2021.