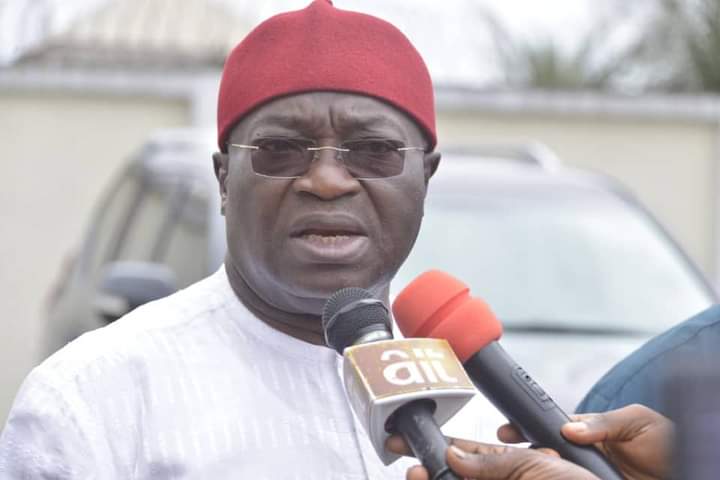 Governor Okezie Ikpeazu has assured that the Mother and Child Hospital which is at its final stage of completion will be commissioned and ready for service to Abians soon.

The Governor said he was pleased with the design of the hospital and announced that equipment will soon arrive at the facility.

The Governor said that Government was committed to providing State of the Art facilities at the hospital including Laboratory facilities, Radiography, Pharmacy and functional Theatre facilities and indeed all that is required to take care of specialist issues concerning children and mothers.

The Governor was accompanied on the inspection by his Wife, Mrs Nkechi Ikpeazu, the Secretary to Government, Barrister Chris Ezem and the Honourable Commissioner for Health, Dr Joe Osuji.