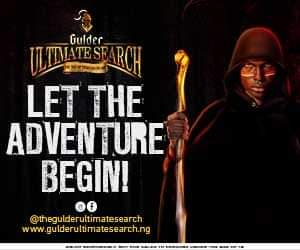 The 12th season of the Gulder Ultimate Search reality show is set to start as organizers have unveiled the 20 candidates who will be competing for the ultimate prize of N50 million.

The candidates who were unveiled at a selection party on Sunday in Lagos State have all taken the COVID-19 and advanced to the final selection stage of GUS 12 – ‘The Age of Craftsmanship’, after a series of regional screenings in Abuja, Enugu and Lagos, and Sea School screening in Lagos.

“The 20 finalists have gone through a series of medical, mental and physical fitness screening for more than a week, and we can confirm that they are the fittest and most outstanding among the more than 20,000 applicants who registered to participate in GUS this year,” says Maria Shadeko, Portfolio Manager – Flavored, Craft & Non-Lager, Nigerian Breweries Plc.

The show also revealed that the host will be a former GUS contestant and actor Oyekunle Oluwaremi.

The survival reality show, which borders on the survival instinct of contestants, first hit the airwaves in 2004 and ran for 11 seasons before going off-air in 2014.

The contestants will be in the jungle to struggle against themselves and nature in their search for the hidden treasure that brings to the last person standing, instant fame and fortune.

“The Winner will take home a total prize worth over ₦50 million which includes N20 million naira in cash, a brand new SUV and other mouth-watering prizes while the other 17 will also be rewarded with various cash prizes” says Morgan.