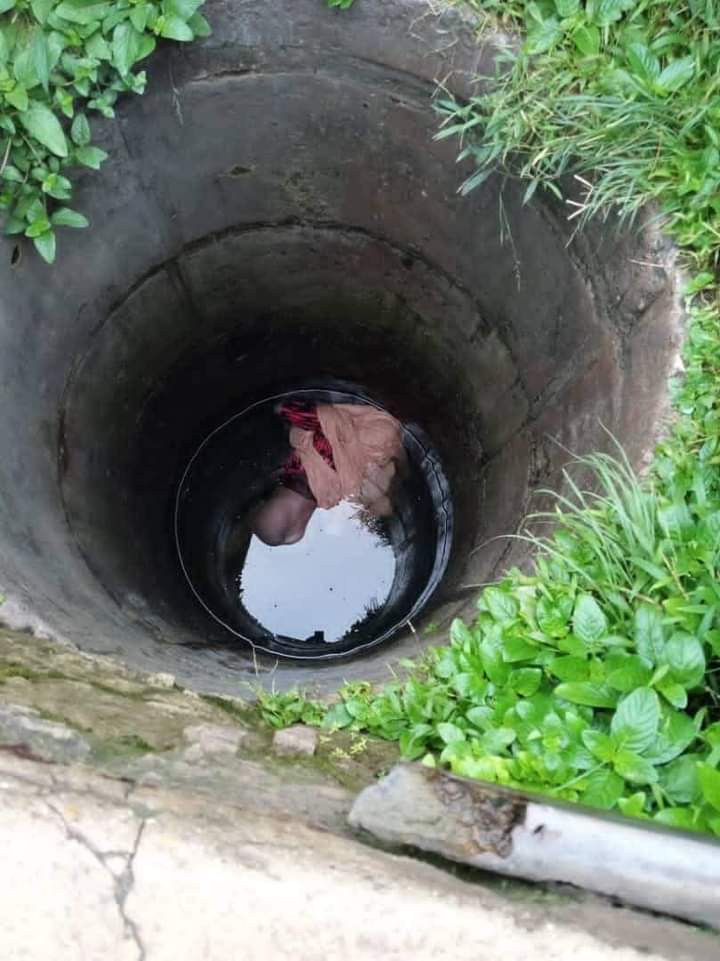 As the world celebrated teachers on Tuesday, October 5th, 2021, a teacher in Kogi State has committed suicide over hunger.

The unidentified body of the teacher was found inside a deep well after she died following depression and had no funds to take care of her children.

Calling out the Governor of Kogi State, Yahaya Bello on Facebook, Honourable Steph writes below;

“Your Excellency Alhaji Yahaya Bello, in this well is one of your “Dearest Teacher” you are celebrating today. She committed suicide fews day ago due to hunger and depression from lack fund to feed and take care her children.

So many teacher and local government workers that doesn’t have children to take care of them are dieing on a daily basis, most of the news doesn’t make it to the media because some people are so good at hiding the truth from the public.

Sir, I don’t have any personal issue with your person, I only wish that workers welfare should be paramount instead of wasting resources on thing that doesn’t matter.

So many people come to you with lies just to get favour, double check information and do the right thing sir..

The money they are making you to waste on presidential ambition is enough to take care of teachers and local government workers.

Sir, we don’t rule forever and we don’t live forever. May almighty Allah give you the wisdom to do the right thing.

Happy teacher day to you….”

Teachers in Kogi State have often lamented over the ill-treatment received from the State Government over salaries. They complained that they had been paid 40% of their salaries since the beginning of the year which goes to where in providing the basic amenities for their children.

It was gathered that there’s no specific amount tied to any grade level in terms of salaries.