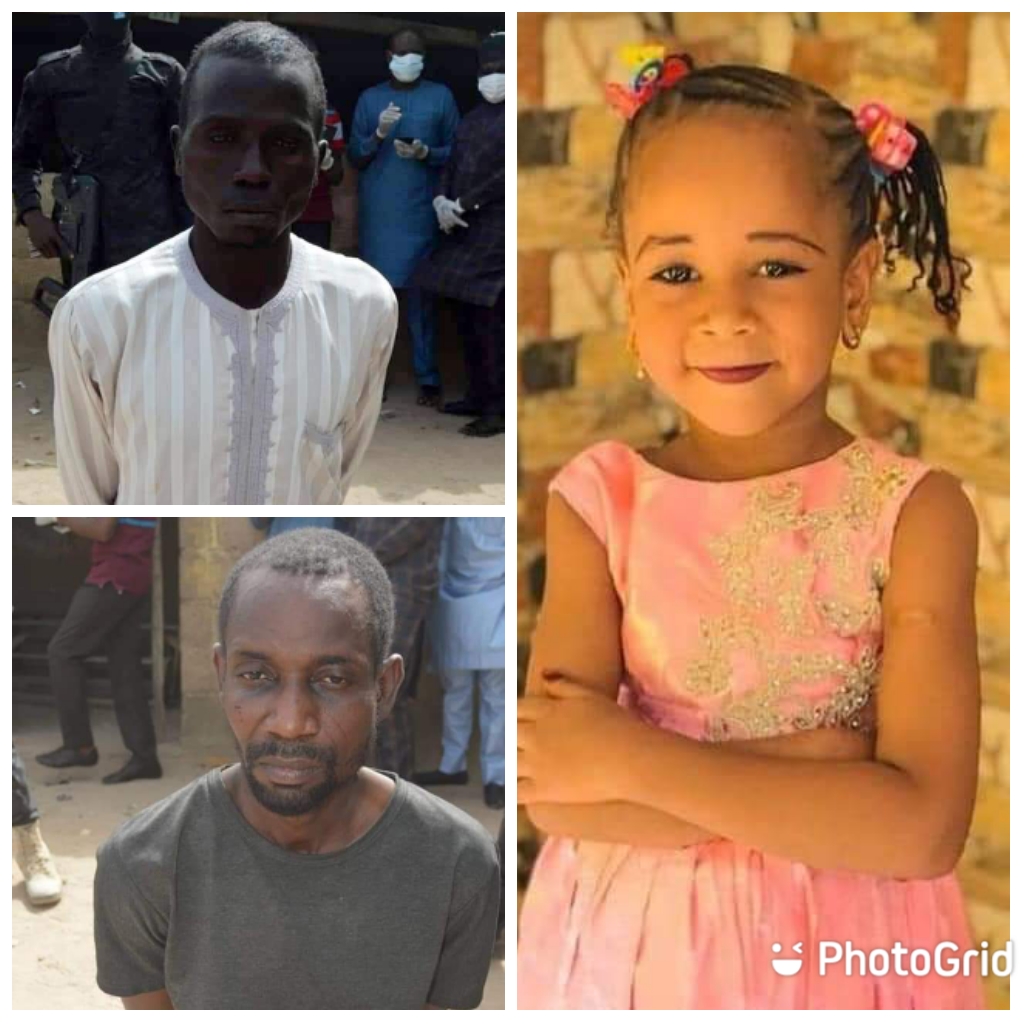 Following the kidnap and subsequent killing of five-year-old Hanifa Abubakar in Kwanar Dakata Nassarawa local government area of Kano State, the Kano State Governor, Dr Abdullahi Umar Ganduje has stated that his government will ensure the prosecution of anyone culpable in the crime.

Little Hanifa was kidnapped on her way back from Islamic school when she was abducted, her kidnappers demanded N6 million but killed her with rat poison after she recognised one of them as her private school teacher.

Dr Ganduje commended security operatives for the prompt action while assuring that justice must prevail.

Kano state governor, Dr. Abdullahi Umar Ganduje, has assured that government would continue to meticulously monitor and ensure the prosecution of anyone found culpable in the kidnap and murder of Hanifa Abubakar, an innocent five-year-old pupil at Kwanar Dakata in Nassarawa local government area of the state.

This is contained in a statement issued by the the state commissioner for information, Malam Muhammad Garba.

The governor said already measures taken in the matter include the indifinite closure and withdrawal of the operational license of the school where the child was allegedly said to have been gruesomely murdered.

He said government is terribly disturbed that people entrusted with the care of children only turn out to be their murderers.

Ganduje added that government has been in touch with the family of the child and would remain so until justice prevail in the case to serve as deterrent to others.

The governor, who commended security agencies in the state for the prompt action that led to the arrest of those allegedly involved, stated that while investigation is ongoing, government will meticulously follow the case to its logical conclusion.

He also commended the international community, human rights-based organizations and well-meaning Nigerians for their concern in the matter.

Ganduje also assured security agencies of government’s support in carrying out their duties of ensuring that Kano maintains its relative peace.

Meanwhile, the Government also ordered the immediate closure of the private school, Noble Kids Academy, at Kwanar Dakata, Nassarawa Local Government Area, where the body of Hanifa Abubakar, was buried by arrested suspects.

Kano Commissioner for Education, Muhammad Kiru announced closure of the school. He also said the state government would commence investigation of unregistered private schools and teachers to check such criminal activities.

Parents whose children attend the private school, have been asked to stop them from doing so pending the completion of investigation.