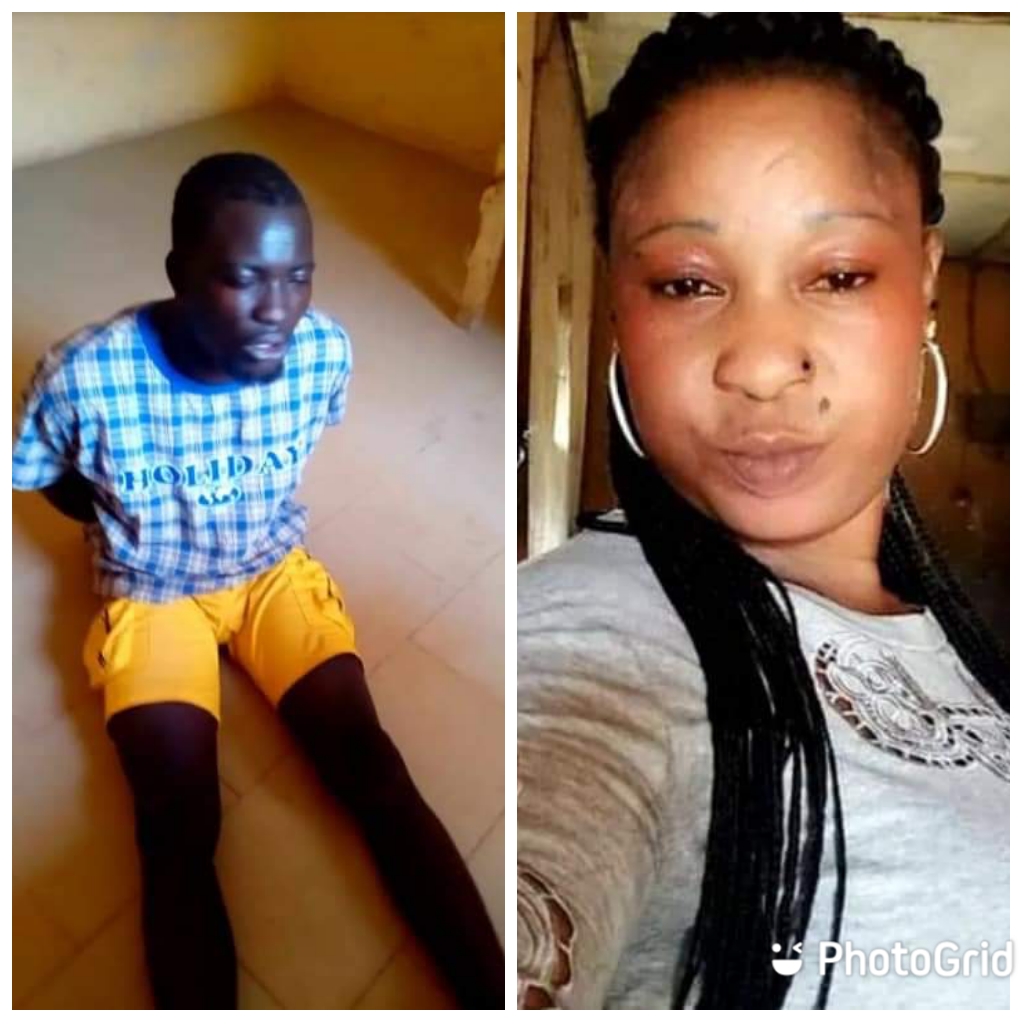 The Ondo State Police Command has arrested a 40-year-old mechanic, Olasunkami Oluwole for allegedly beating and strangling his lover to death at the Oke Igbo community in Ondo state.

The father of two, Oluwole invited his lover Biola Soyinka, who resides in Lagos to his base in Ondo state.

As a sequel to the invitation, Biola travelled on the 3rd of January to Ondo State where she met Oluwole.

It was learned that Oluwole who is married with two children had camped Biola outside his home at Oke Igbo community in Ondo state because of his wife.

Unfortunately, what began as a pleasurable visit came to an abrupt end when Oluwole called Biola’s younger sister to inform her sister, Biola had died.

According to Biola’s elder brother, Akeem Jinadu who spoke to Vanguard, “on the 16th of January we received a call from Oluwole that my sister Biola had passed on.

“When did we ask what happened to her? He said: Biola became unconscious after she slumped at about 4 am on Sunday 16th of January by the time he rushed her to the hospital, the doctors declared her dead.

“When we asked him to bring her corpse back to Lagos he demanded that we send money for transportation.”

Contrary to what Oluwole said when the police arrested him, and we went to identify Biola remains at the morgue, on her body were marks obviously sustained from beating.

Her neck, face, and body had dark patches because she is a fair in complexion. From the state of her corpse it is very obvious she didn’t die from falling, rather the marks on her body showed she was beaten and strangled to death.

Explaining further, Akeem Jinadu said: “We are still trying to raise two hundred and fifty thousand naira for her autopsy as demanded by the doctor.”

It was gathered that at the hospital when Oluwole discovered that Biola had died, he hurriedly sneaked out before he was caught and handed over to the police while attempting to escape.

Although the police have assured the family of the deceased that justice will be done, they are yet to visit the scene of the incident.

According to another relative of the deceased, “the police asked us to provide logistics for them to visit the suspect’s house which is the scene of the incident. Since we haven’t given them logistics, they are yet to visit the scene.”

Meanwhile, the family of the deceased has called on the Ondo State Commissioner of police to ensure that the case is thoroughly investigated.

It was also learned that the case has been transferred to the state criminal investigation department in Akure for further investigation.