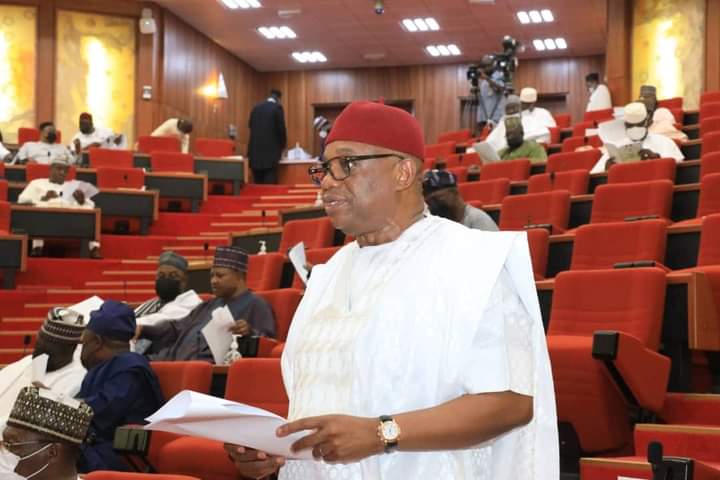 A bill seeking to establish a Federal College of Education in Abia-North Senatorial District of Abia State has scaled first reading on the floor of the Nigerian Senate on Tuesday.

The bill sponsored by the Chief Whip of the Senate, Orji Uzor Kalu seeks the Amendment of Federal Colleges of Education Act Cap F8 Cap N143 Laws of the Federation of Nigeria 2004 , for the establishment of the proposed Tertiary institution to be sited in Arochukwu Local government area of Abia state.

Following the reading of the title of the bill during Tuesday’s plenary by the Leader of the Senate, Senator Abdullahi Yahaya, the bill was passed for first reading after it was put to a voice vote by Senate President, Ahmad Lawan.