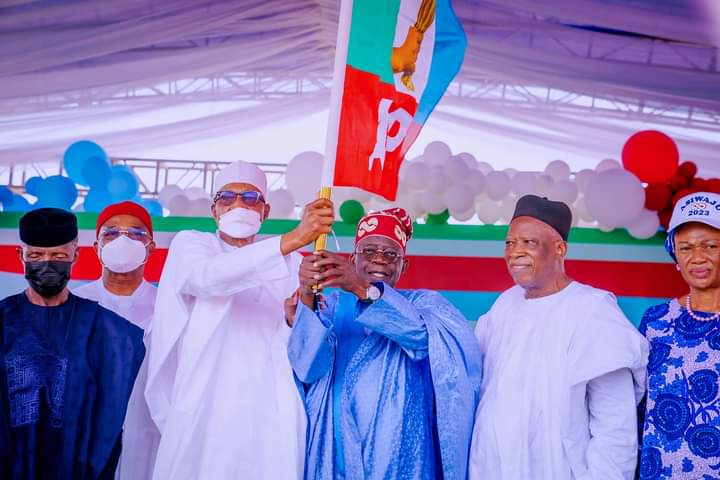 President Muhammadu Buhari has handed over the flag of the ruling All Progressive Congress to party’s presidential candidate Asiwaju Bola Tinubu.

President Buhari handed the party’s flag at Eagles Square on Wednesday, the venue of the presidential primary election.

The former Lagos State Governor and the National leader of the APC, Bola Tinubu won the party ticket with 1271 votes while the former Minister of Transportation Chibuike Rotimi Amaechi came a distant second with 316 votes and the vice president Professor Yemi Osinbajo in the third with 235 votes.