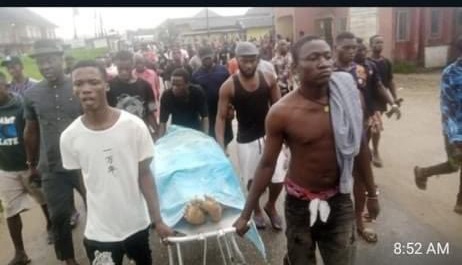 A yet-to-be-identified teenage boy was on Monday night allegedly shot dead by a Nigerian military officer securing an oil facility in the oil-rich Ogulagha community in Burutu Local Government Area of Delta State.

The teenager who was in the company of some of his friends had gone to pick snails close to an oil tank farm where some men of the Nigerian Army were securing.

On sighting them, the military officers opened fire on them, leading to the teenager’s death while others were arrested.

Protecting the corpse of the teenager around the community, the youths demanded the arrest and prosecution of the erring officer.