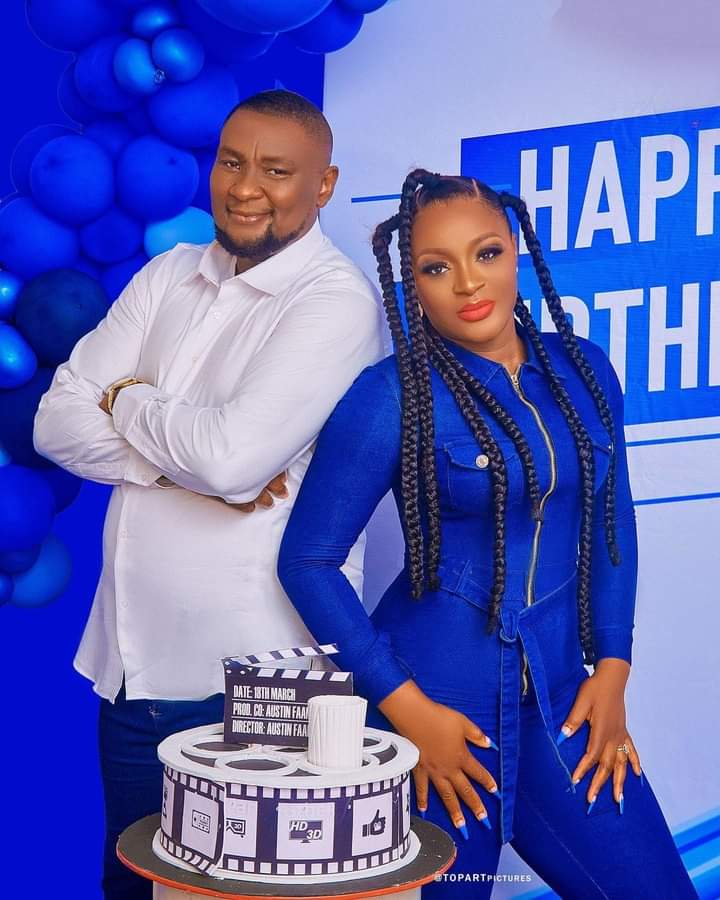 Movie Director Austin Faani has responded to the allegation made by his wife actress Charity Eke Faani on the collapse of their marriage.

In an Instagram post, he stated that he has never laid his hands on any woman and will never do such to his wife.

He stated that his estranged wife should clarify a statement announcing their marriage crashed.

ChaCha Eke as fondly called announced on Tuesday the end of her nine years of marriage to Austin but warned that if she suddenly becomes incommunicado, the Nigerian Police, welfare department and lawyer should publish her testimonial videos on every website.