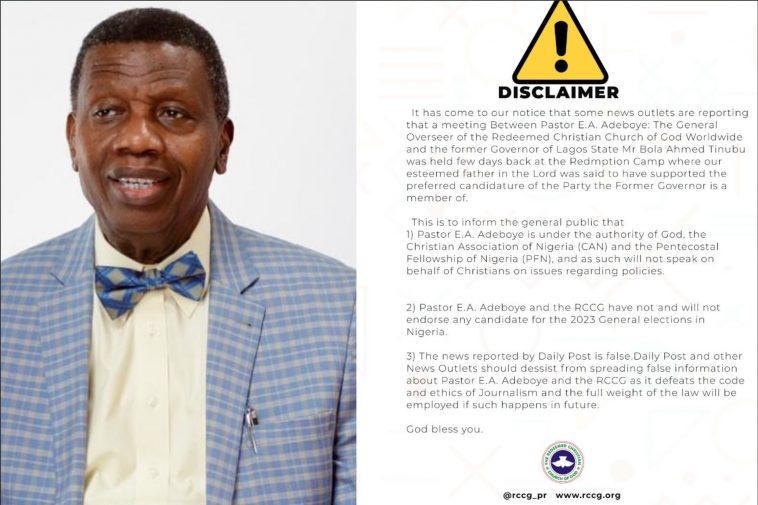 The General Overseer of the Redeemed Christian Church of God, RCCG, Pastor Enoch Adejare Adeboye, has said that the church will not be endorsing any candidate for the 2023 elections.

The church made this known in a statement on its official Twitter page on Tuesday.

The statement reads partly: “It has come to our notice that some news outlets are reporting that a meeting Between Pastor E.A. Adeboye, The General Overseer of the Redeemed Christian Church of God Worldwide, and the former Governor of Lagos State Mr Bola Ahmed Tinubu was held a few days back at the Redemption Camp where our esteemed father in the Lord was said to have supported the preferred candidature of the party the former governor is a member of…“Pastor E.A. Adeboye and RCCG have not and will not endorse any candidate for the 2023 general elections in Nigeria.”