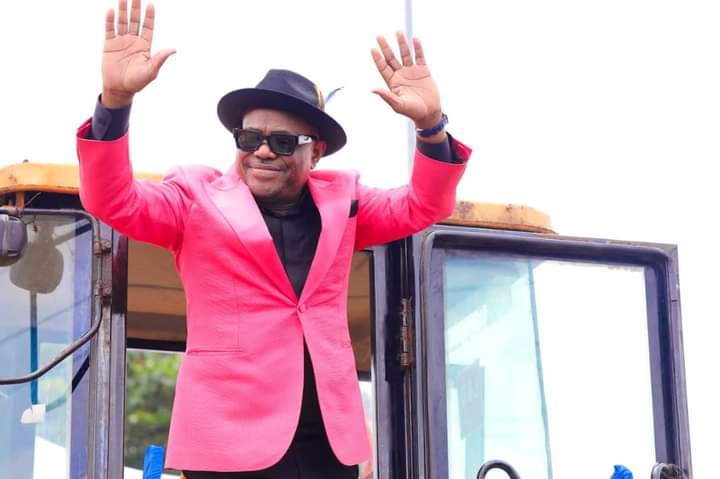 Rivers State governor, Nyesom Ezenwo Wike says some politicians canvassing for votes to win 2023 presidential election do not mean well for the country.

The governor maintained that he is in a privileged position to know better, and will reveal their identities at the appropriate time so that Nigerians can use their votes to reject them.

“Some other people are busy, putting themselves together on how they will take over leadership in Nigeria to loot the remaining ones this other people have already kept.

“I’m privileged to know and at the appropriate time I’ll tell you who these people are. You need to know what is happening in Nigeria. Forget about all these people running around saying they want to rescue or save you (Nigeria). Just watch to see what is going to happen next.

“All of us should be calm concerning what is happening in PDP. In fact, nothing has happened yet. But by the grace of God, something will happen.”

Governor Wike, pointed out that while his administration continues to flag-off and inaugurate projects for Rivers people, detractors keep sponsoring negative media campaigns against him.

The governor stated that despite such negative media comments, his administration has not relented in offering good governance to strengthen the relationship with the people of Rivers State.

Governor Wike noted how difficult it will be for seasonal politicians who have never done anything to better the lot of Rivers electorate to come to them and solicit their votes.

“It is somebody that hears from you that you have also hear from. This one you’ve not provided anything for my people, you’ve not asked them what they want, then you want to tell them where to vote.

“So, it is us that will come and meet you and say see where you’ll vote. And I know based on our relationship, since we have not deceived you, we have not told you lies, you will follow us at the appropriate time.”

Speaking further, governor Wike said Eneka fills a strategic place in his educational and political success story, which is why he cannot abandon its people.

According to him, he schooled at the Government Secondary School Eneka and had his council chairmanship sponsored by Senator John Azuta-Mbata, who hails from the town.

Governor Wike promised that his administration will soon commence reconstruction work at the secondary school in a bid to transform it into a modern standard learning facility.

He urged those who have encroached and developed structures on the land to vacate the premises to avoid the wrath of the State government.

The governor used the occasion to rename the Igwurata-Eneka Road to Sam Mbata Road. And promised that the State government will accord due recognition to the paramount ruler of Eneka before the end of his tenure in 2023.

Providing the description of the project, Rivers State Commissioner for Works, Dr. Dakorinama George-Kelly said the Eneka internal roads measure 5.3km long, 9km length of drains on both sides and will be completed in five months.