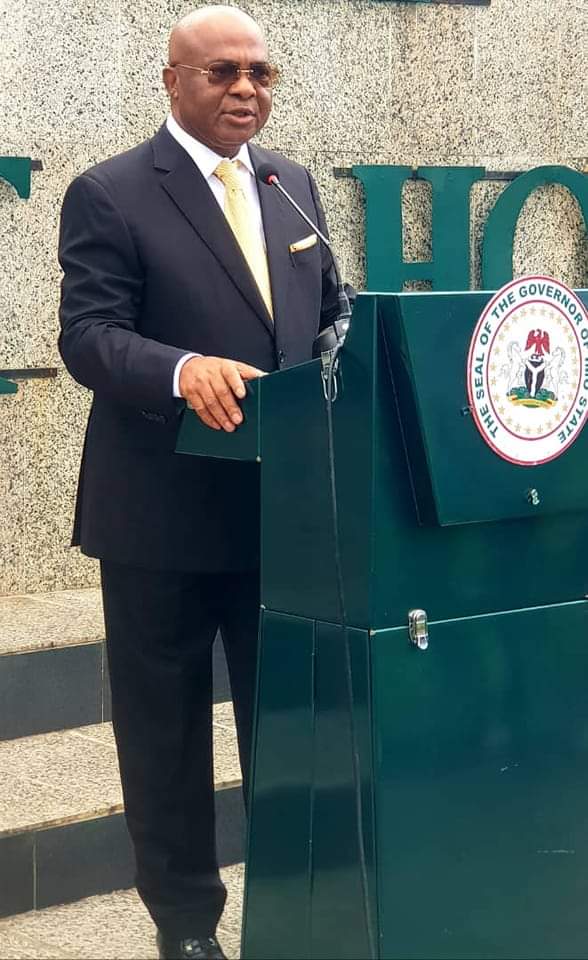 Uzodimma made this clarification during a press briefing at the Government House, Owerri.

He said a bandit who was arrested by the army took military personnel to Ekeututu Market, where they manufacture their explosive devices and four shops where fertilizers, Ammonia Sulphate and other gadgets for manufacturing the explosives were parked discovered.

“The soldiers were able to recover these weapons and the fertilizer, meant to manufacture the explosives and in the process, they burnt down the shops, inconsistent with our policy and they were so tactical that no innocent life was lost.

“As I speak to you now, the Captain who led that operation and another soldier are now lying critical at the ICU unit of the Federal Medical Centre, Owerri.

Uzodimma condemned the action of politicians who have been ranting against the security agents for carrying out the operation when they have not visited the scene.

He went down memory lane to recall how he made effort to give amnesty to the bandits in the state for peace and security to resign  state, but most of them remained adamant

“We even went to the extent of calling these unknown gunmen to cease fire, surrender their weapons and discuss with the government to see how to work with them in terms of rehabilitation and empowerment.

“Some answered the call, the adamant ones continued in their activities of visiting mayhem on the state, leading to the killing, of innocent citizens, high ranking security personnel and wanton destruction of properties, both those of government, corporate bodies or individuals”.