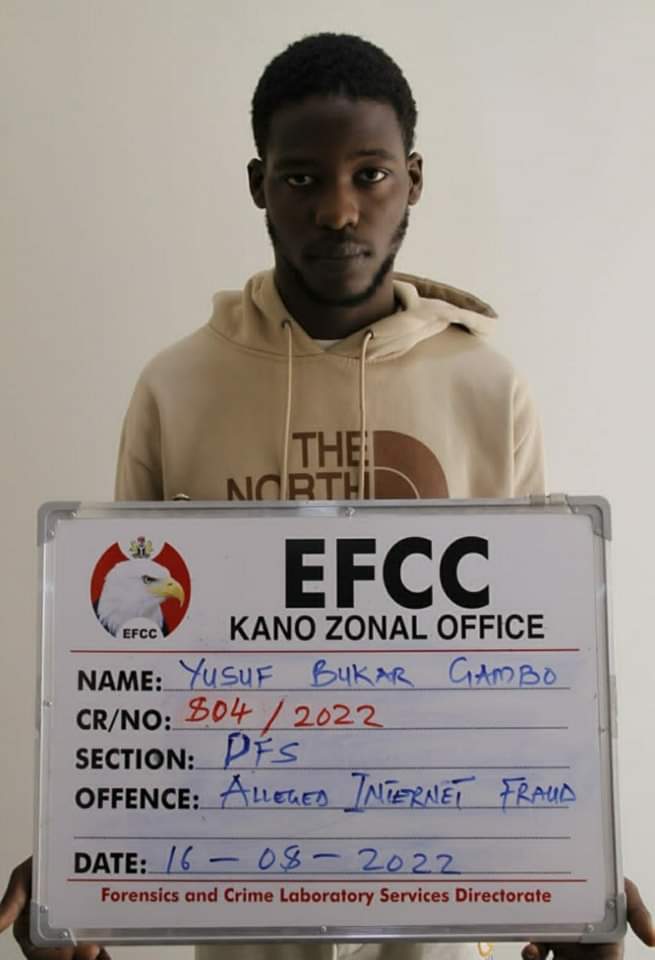 Justice Dije Abdu Aboki of the Kano State High Court has convicted and sentenced one Yusuf Bukar Gambo to one and half years imprisonment.

Gambo was convicted after he pleads guilty to a four-count charge which borders on cheating and impersonation.

Gambo was said to have cloned the Facebook accounts of some American citizens and used their identities to defraud unsuspecting members of the public.

Gambo pleaded guilty to the four counts when they were read to him.