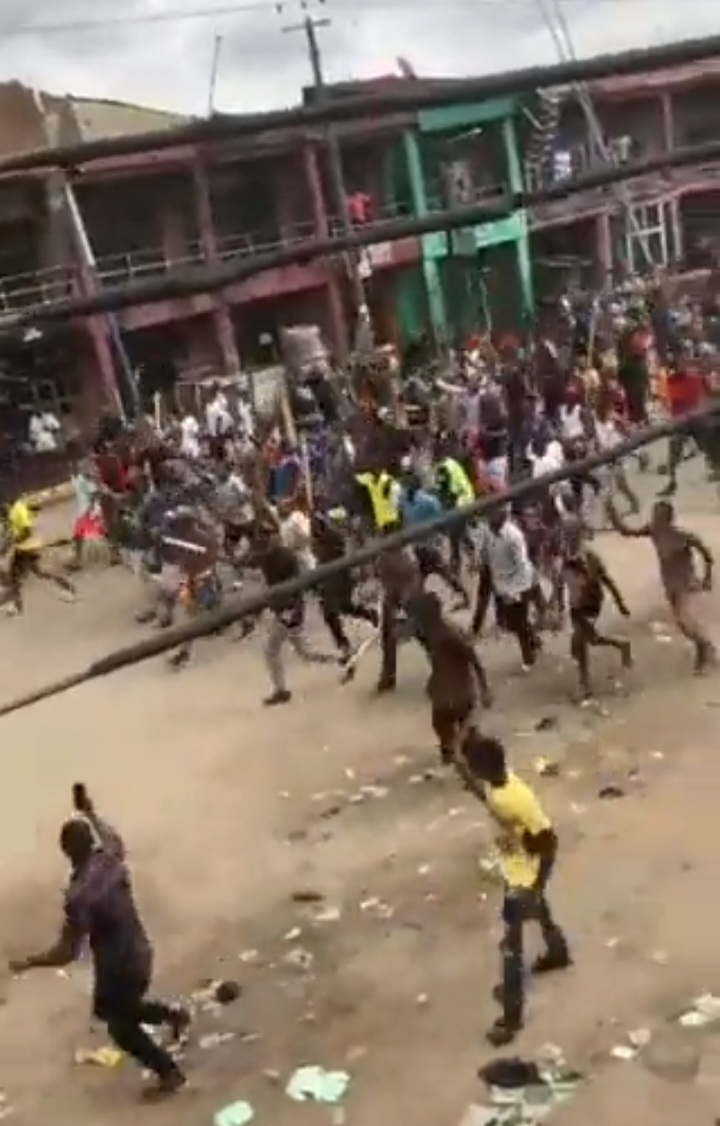 Calm has been restored at the Alaba International market after traders broke into a fight with illegal money collectors on Wednesday morning.

A source revealed that the cause of the fight was the incessant levies attached to traders in the market.

Some of the illegal money collectors fined a man for parking which caused arguments and suddenly, they broke a bottle on the head of the man. This led to fights between the traders and agberos in the market.

In a post, the Rapid Response Squad and operatives of the Ojo Division under the supervision of Area Commander Festac, ACP Igbafe Afegbai revealed that normalcy has been restored but monitoring is still ongoing.