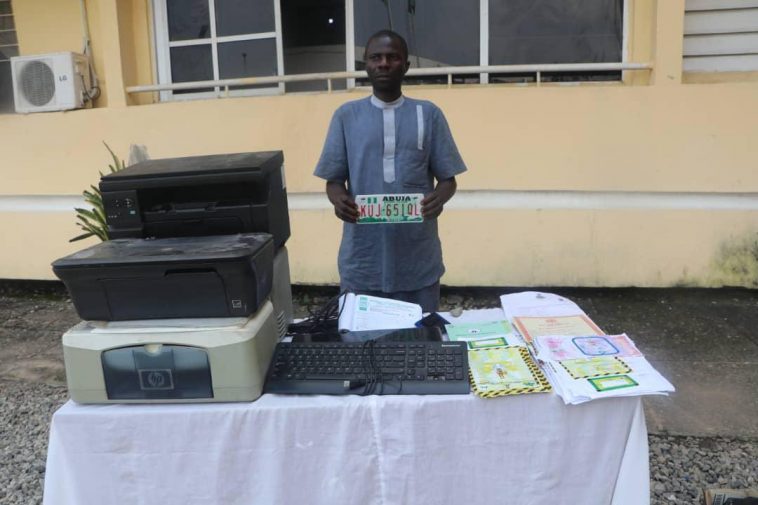 A 35-year-old man, Wasiu Adekola who specializes in duplicating counterfeits of public and private documents has been arrested by the operatives of the Kubwa Divisional Police Headquarters on October 18, 2022.

The arrest of the Wasiu, a resident of Maraba Nasarawa State was made following a discrete investigation stemming from the discovery of a fake motor vehicle document in the Possession of a road user while Police officers attached to the division were on a Stop-and-Search Operation about a month ago.

Upon this, the Commissioner of Police FCT Command CP Babaji Sunday Psc enjoined residents to only patronize official quarters against freelancing individuals in the acquisition of private and public documents and also stressed the disadvantage and dangers associated with the use of counterfeit documents especially the hindrance it poses to data conservation and criminal investigation.

Meanwhile, an investigation is ongoing to unravel other groundbreaking facts projected to lead to the arrest of persons in a similar criminal venture.