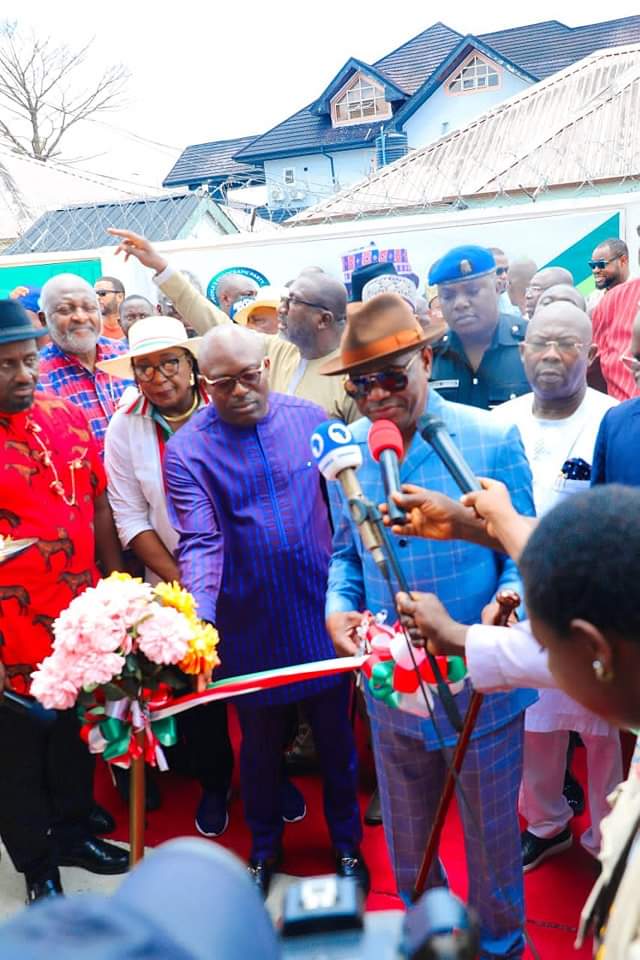 Rivers State Governor, Nyesom Ezenwo Wike, says those who disrespect the State and its electoral importance, do not deserve the Rivers electorate to vote for them or their candidates in the 2023 general election.

Governor Wike made this assertion during the inauguration of the Rivers State Peoples Democratic Party, (PDP), campaign council in Port Harcourt on Monday.

He pointed to how the PDP presidential candidate, Alhaji Atiku Abubakar picked people from Rivers State as members of the presidential campaign council without any input from him, which means that they do not want the State to be part of what they are doing.

The governor further added, “I have never seen how people will disrespect a State like Rivers State and go and choose those who are enemies of the State, without the contribution from us. So, let’s campaign for those who have told us to campaign for them here in the State, the governorship candidate, the senatorial candidates and others.”

Governor Wike decried how Rivers State had been treated in the past despite the bulk votes delivered to the PDP since 1999. According to him, people cannot continue to demand for Rivers votes and yet be unwilling to accommodate its interest.

“Politics is a game of interest. If nobody accommodates the interest of Rivers State, then we have nothing to do with such people. If you say that you have no interest in Rivers State, Rivers State will not have your own interest. It is only those who like us that we will like.

To the Rivers PDP campaign council, Governor Wike told the members to have a different mindset because the strategies to be adopted for the 2023 election will not be like what they had known.

He stated that PDP in Rivers State had done well for the people, with such feat attested to by President Muhammadu Buhari, which makes it more difficult for any party to have a chance of winning the election in the State.

Governor Wike boosted that Rivers State is the envy of other States because of his remarkable achievements in office, which will be beneficial to all PDP candidates in the State during campaign.

The governor who said that he has directed the release of N50 billion to contractors handling projects in the State to enable then speed up work. He assured that more projects such as the Dr Peter Odili Cancer and Cardiovascular Diagnosis Treatment Centre, the 8th and 9th flyover bridges, Phase one of the Trans-Kalabari road, Saapkenwa – Bori-Kono road among others will be inaugurated soon.

In his response, the alternate chairman of the Rivers PDP campaign council, Chief Ferdinand Anabraba said they have accepted the assignment given to them and are determined to do their best to deliver the consolidation team of the New Rivers Vision.

He noted that the transformation that Rivers State has experienced under governor Wike since 2015 has further endeared the PDP to the people. This he said, has given them a head start above other political parties.

And without resting on their oars, Anabraba said the members of the council will work hard to deliver all 32 candidates of State House of Assembly, 13 members for House of Representatives, the 3 Senatorial candidates and the gubernatorial candidate in the State.

On his part, State chairman of the PDP, Ambassador Desmond Akawor described the day as the start of the process of bringing on board a new team of leaders in the State.

The State PDP Chairman, Ambassador Desmond Akawor said, he will confidently navigate the 23 Local Government Areas of Rivers State, showing the people the completion certificates of projects, that Governor Wike has delivered in those areas as a proof of what the new team shall continue to do for the State.