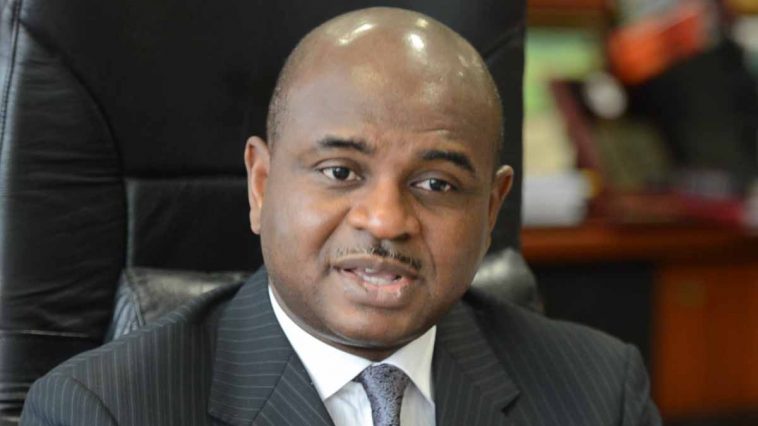 Nigerian economist and former deputy governor of the Central Bank of Nigeria, Kingsley Moghalu, citing the CBN Act of 2007, stated that the bank owes no prior information to the Ministry of Finance and Budget on the redesigning of the naira notes.

Speaking on Saturday, the former Presidential aspirant of the Action Democratic Party disclosed that the CBN needs only the approval of President Muhammadu Buhari.

“Finance Minister Zainab Ahmed’s comment to National Assembly that she was not aware of the Naira redesign by central bank should not mislead anyone into thinking the CBN owes her that kind of information. The Bank only needs the approval of President Muhammadu Buhari for this particular exercise.

It received that approval. There are only three issues on which, in the CBN Act of 2007, the Bank should obtain external authorization, and only from the President of Nigeria, for its operations: 1. Any alterations to the legal tender (the Naira);

2. any investment of the Bank’s funds outside Nigeria; 3. the Bank’s annual report. Outside of these, the only approving authorities for CBN operations are its Committee of Governors (note the “s”) consisting of the Governor and the four Deputy Governors, and the Board of Directors of the CBN, which includes My criticism of the current Governor of the Bank in the past is that he has politicized the central bank by routinely subjecting its operations to the whims and caprices of the Presidency far beyond what is the appropriate relationship, and compromised the independence of the CBN as a result.”

Mr Moghalu made it clear that the politicising of the Central Bank to cater to the whims and caprices of the political elites by it’s Governor Godwin Emefiele brought about the entitlement of the Minister of Finance, Zainah Ahmed.

He advised the CBN to focus on the implementation of its policy which will put a lot of pressure on even people living in rural areas who might not have heard about the new policy and directive.

“That is why the Finance Minister erroneously feels entitled to be informed or consulted. The CBN should now focus hard on the implementation of this policy. It will impose huge pressure on the banking system as I have said in another comment. How can the woman frying Akara in the rural areas, who keeps most of her cash under her pillow, be aided to come into the banking system under this new policy? There are others as well whose money is outside the banking system for reasons that are not negative.”

On Friday, the Minister of Finance, Budget and National Planning, Zainab Ahmed during the 2023 budget defence session with the Senate Committee on Finance made it clear that she and her team were not aware of the policy but heard about it through the media.

“Distinguished Senators we were not consulted at the Ministry of Finance by CBN on the planned naira redesigning and cannot comment on it as regards merits or otherwise.”

She, however, advised of the dire consequences of rebranding the Naira at this critical time.

Lauding the CBN for redesigning the Naira on Friday, Mr Moghalu opined the act might not solve inflation but it will force all notes back into the banking system.

“I fully support the @cenbank redesign of the Naira. If 80% of banknotes in circulation are outside the banks, that’s troubling. The CBN force all those notes back into the banking system. Those with the notes must surrender to get new ones or else it becomes illegal tender after January 31 2023. This is also a way to withdraw currency from circulation, an unorthodox way of tightening the money supply since the country is battling high inflation. The flip side is that people who are holding huge amounts of cash outside the banking system for nefarious reasons will go into the parallel forex market to buy hard currency, putting further downward pressure on the value of the Naira as too much Naira will be chasing too few dollars.

I doubt it will solve inflation because there also are other major reasons for inflation such as the forex crisis, which this new move could exacerbate, as well the impact of the security crisis on food price inflation. But overall it is a necessary step. I just think the time window for its implementation is rather short. This will put a lot of operational pressure on commercial banks and the financial system in general. A 90-day window would have been better, but one can understand the need to avoid interfering with the elections.”