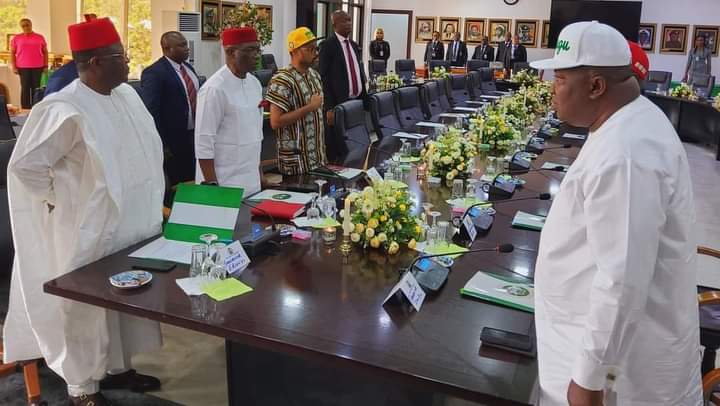 COMMUNIQUE ISSUED AT THE SOUTH-EAST
GOVERNORS FORUM (SEGF) AT THE END OF THEIR MEETING ON 30 OCTOBER, 2022 AT GOVERNMENT HOUSE, ENUGU:

2. SECURITY: South-East Governors decried the state of insecurity in the region. Our economic activities have come to a halt while kidnapping and wanton killing have become the order of the day South East Governors call on the Federal Government to come to Our aid in providing security in the Zone bearing in mind that elections are around the corner, Meanwhile, South East Governors have agreed to set up a 24-hour Joint Patrol in all major highways within the South East, especially during the Christmas season.