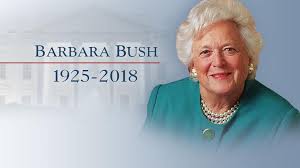 Former First Lady Barbara Bush has been laid to rest. The funeral is being held in Houston at St Martin’s Episcopal Church Saturday, and those in attendance include her husband George H. W. Bush, sons George W.and Jeb Bush and their wives and kids, Bill and Hillary Clinton, Barack and Michelle Obama, and First Lady Melania Trump.

According to TMZ, President Trump chose not to attend to avoid added security complications and out of respect for the Bush family. 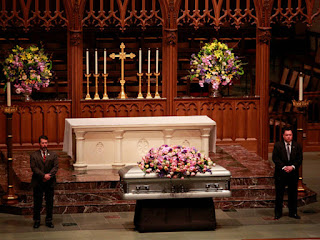 As we reported … Barbara died Tuesday surrounded by her loved ones. She had suffered from congestive heart failure and Chronic Obstructive Pulmonary Disease.

She will be buried at the George Bush Presidential Library and Museum in College Station, Texas, next to her daughter Robin, who died from leukemia as a child.

Bush served as First Lady of the U.S. from 1989 to 1993, and was known for working to make advancements in universal literacy and founding the Barbara Bush Foundation for Family Literacy.