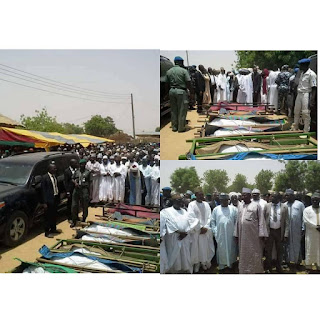 Three biological children and seven family members of Saidu Yarkufoji, a member of Zamfara State house of assembly, representing Bakura state constituency, have died in an auto crash. The Zamfara command of the Federal Road Safety Corps (FRSC) confirmed the tragic incident to the News Agency of Nigeria on Monday.

Nasiru Ahmed, spokesman of the command, said the crash was caused by a head-on collision involving a Volkswagen Golf car and a Coca-Cola truck.The accident occurred along Sokoto-Gusau road on Sunday.

According to NAN, other family members of the lawmaker who died in the accident were four of his grandchildren, his two sisters and his driver.
“Out of the 10 persons, who died in the car conveying 12 passengers, nine are female.