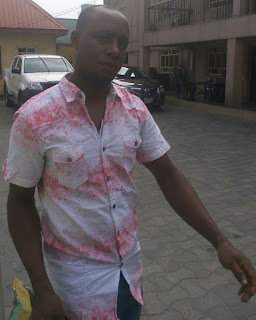 The Economic and Financial Crimes Commission, EFCC, has arraigned one Ojone Ogwu, a Front Desk Officer with the Cable African Network Television, Port Harcourt, Rivers State before Justice F. O. G Ogunbanjo of the Federal High Court, sitting in Port Harcourt, on a 22-count charge bordering on stealing and obtaining money by false pretenses to the tune of N14, 319,875.00( Fourteen Million, Three Hundred and Nineteen Thousand, Eight Hundred and Seventy Five Naira only).

The petitioner alleged that, Ogwu issued invoices and receipts for customers’ subscriptions for his Cable Television to the tune of N20, 929, 655.00k (Twenty Million, Nine Hundred and Twenty Nine Thousand, Six Hundred and Fifty Five Naira only) but could not account for the sum of N14, 319, 875. 00k.

The defendant pleaded not guilty to the charges when they were read to him. In view of his pleas, prosecution counsel, E. K Esin-otu asked the court to fix a date for the commencement of trial and that the defendant be remanded in prison custody. However, counsel to the defendant, N. S Nsema, told the court that she had filed a bail application for her client and served same on the prosecution.

She urged the court to grant her prayers. Esin-otu acknowledged her application and he said that he needed time to respond. Justice Ogunbanjo adjourned the case to 7 May, 2018 for bail hearing, and 26, 27, and 28 June, 2018 for trial.
She ordered that the defendant be remanded in prison custody pending the determination of his bail.