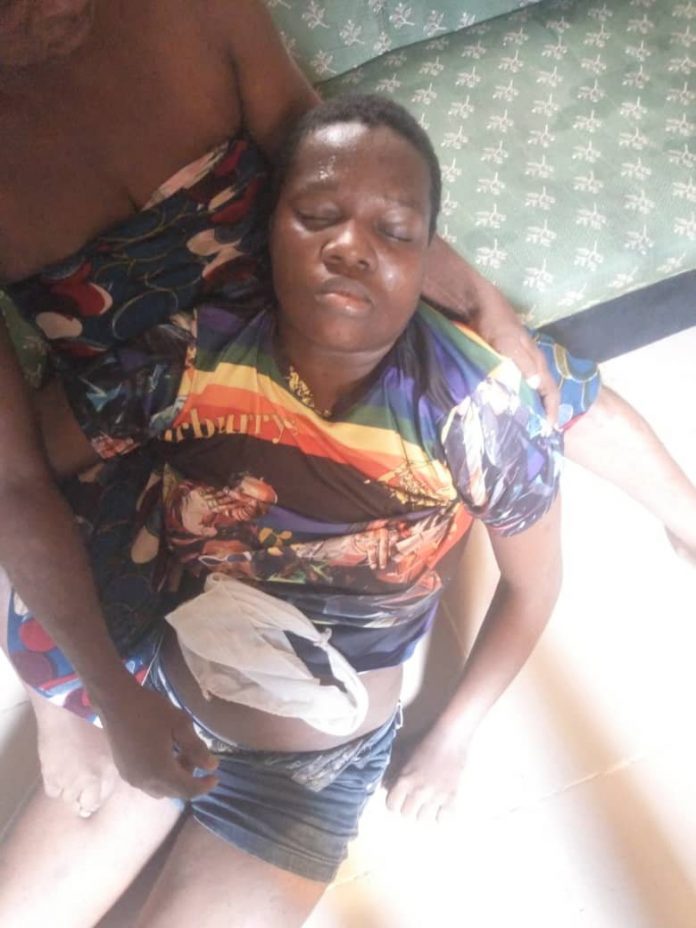 The plight of Mama Favour took a turn for worse when her second daughter, Favour, who was hale and hearty complained of a headache.

Thinking it was the normal migraine, Mama Favour asked her child to take medicine to stop the ache. Little did she know that that will be the beginning of a long journey.

What started as a headache and fever turned to blindness as Favour can no longer see. 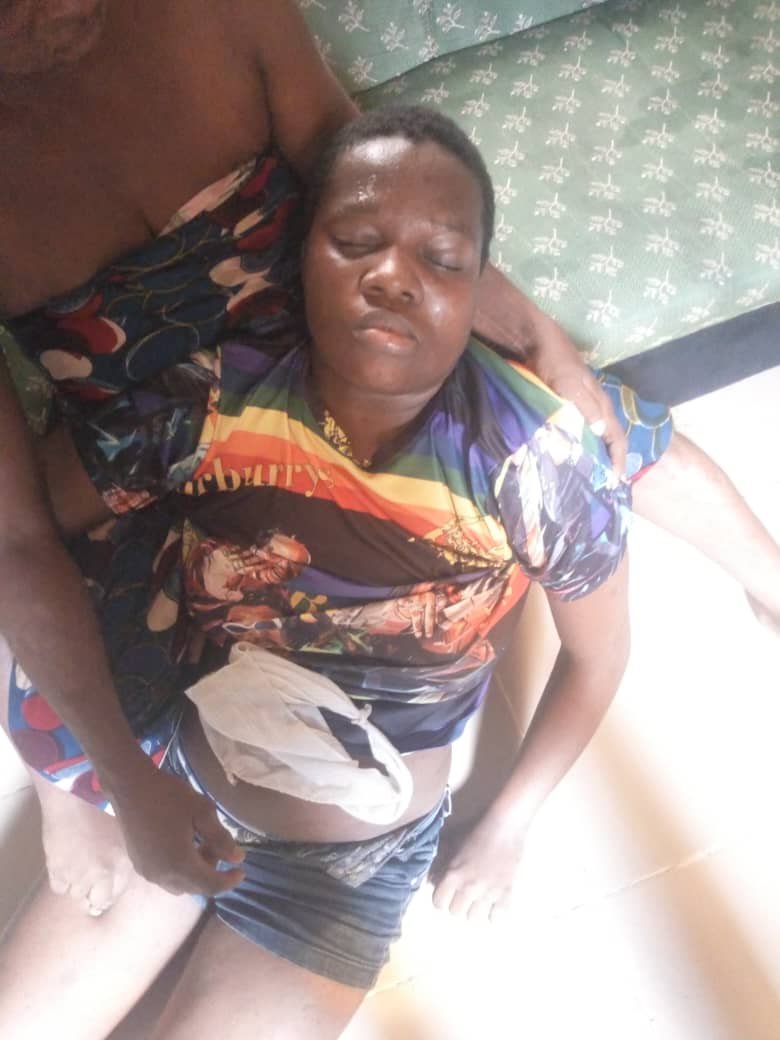 According to the widow, Nkeiruka Obi, her child Favour Obi has been healthy until the unfortunate incident that took away her sight.

Crying, the mother of four disclosed that she has done everything possible to make sure her child is healthy again. 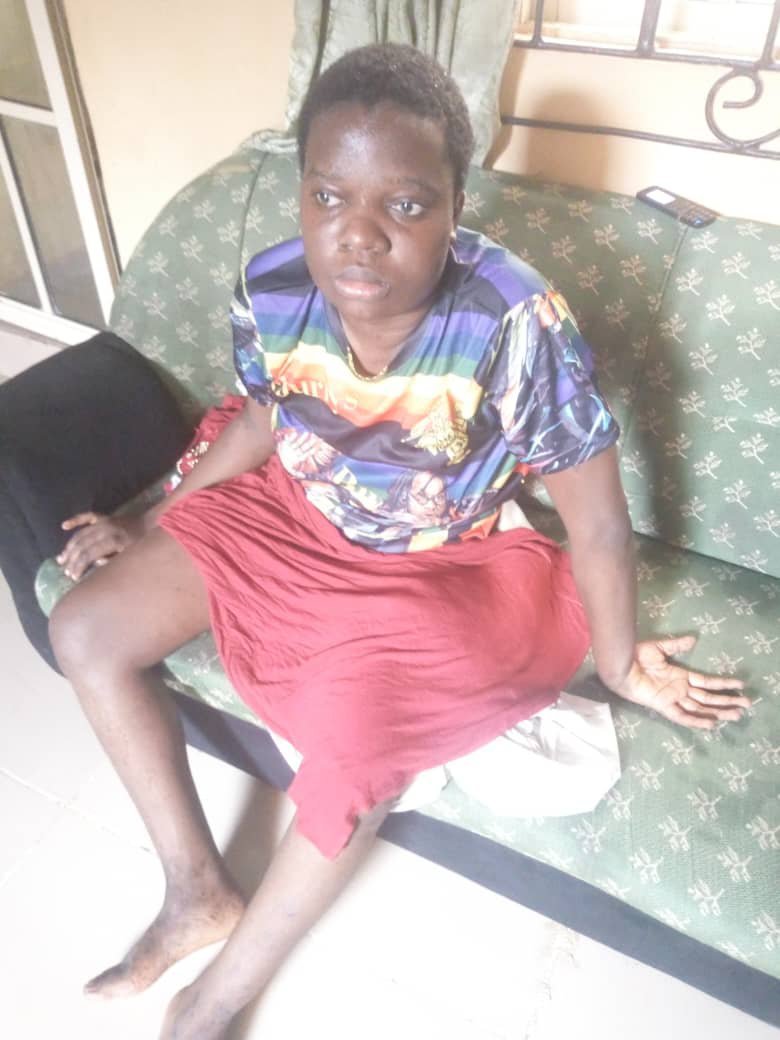 “When the sickness started, we thought it was just a headache or malaria as she also had a fever. I gave her medicine but it escalated. We have taken her to different hospitals but there was no respite. After some time, we took her to Scan Care Diagnostic Centre in Lagos State where the doctors said she needed surgery as the ailment affected her brain which led to the loss of sight.

Favour cannot stay alone as sometimes, her body, especially her hands shake without any reason. We appeal to well-meaning Nigerians to help us in this fight.

Since the death of my husband, I’ve been struggling to take care of my four kids. I can no longer work as I used as I can’t watch my child fade away just like that. I appeal to everyone to help me get my daughter back to good health.”

Below is her medical results below; 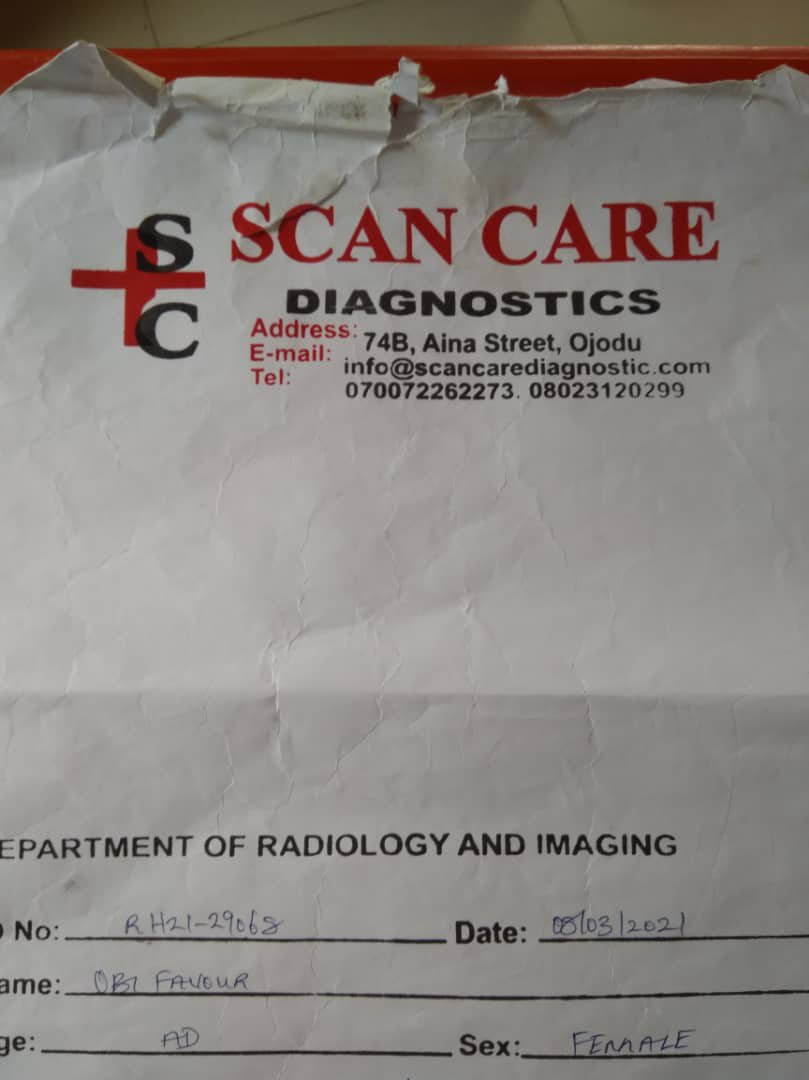 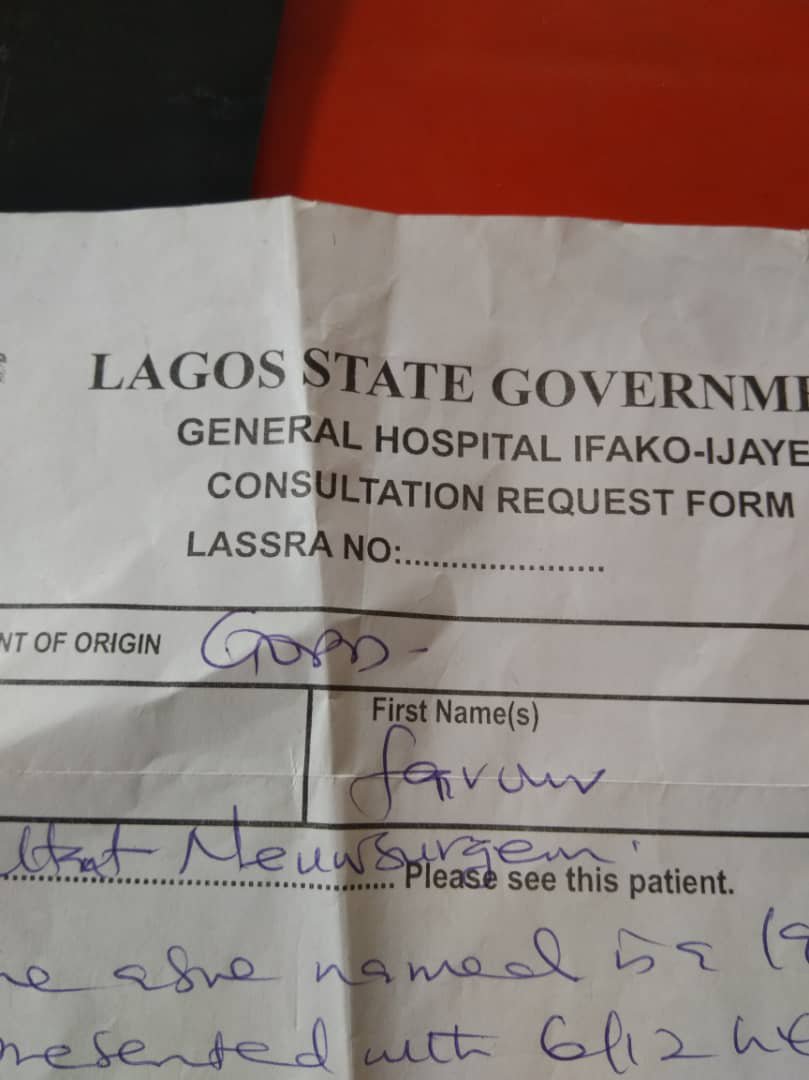 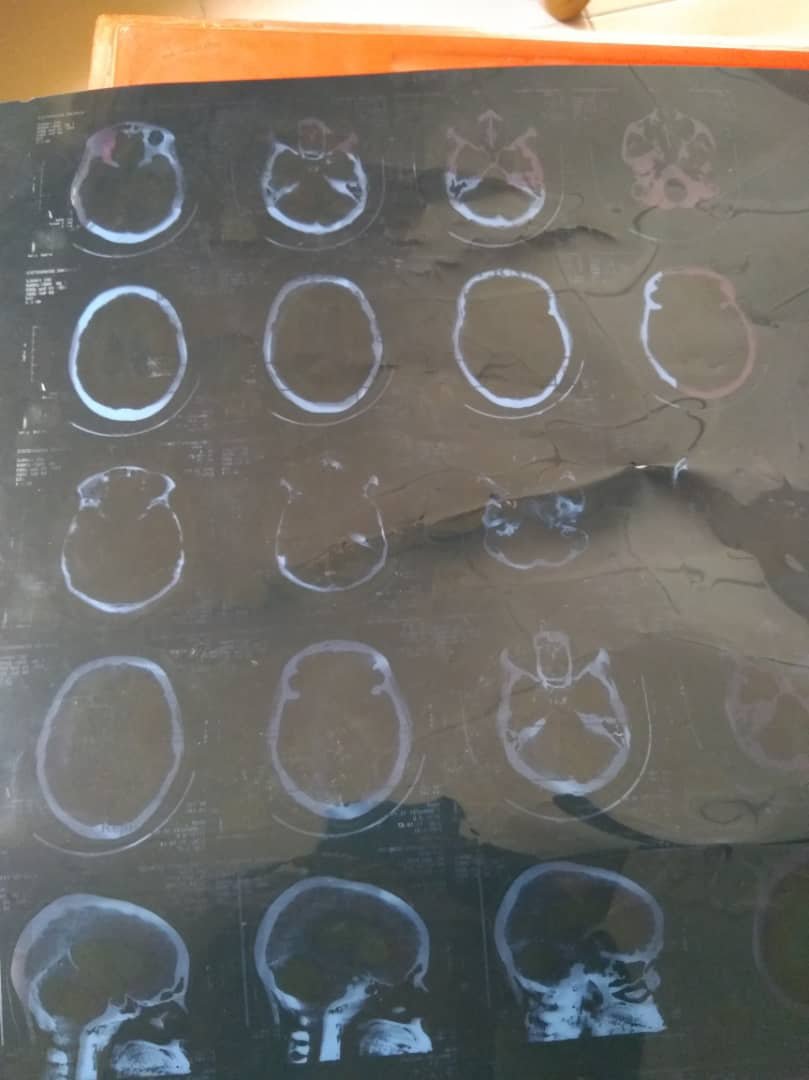 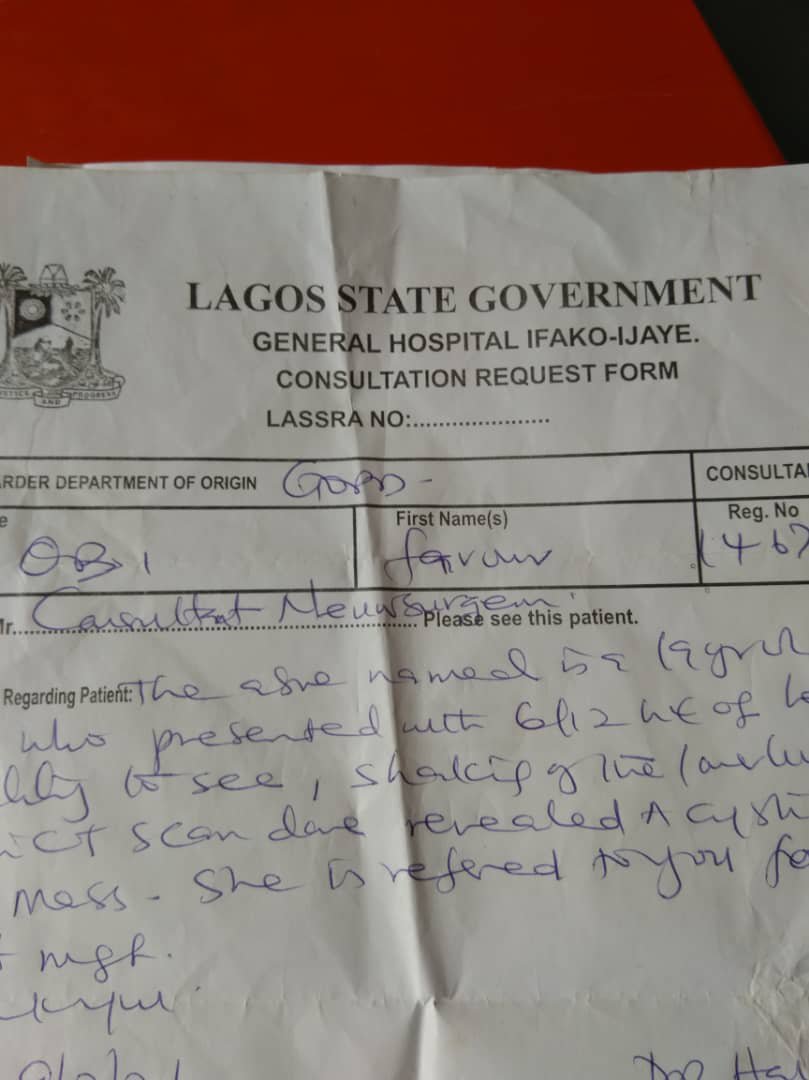 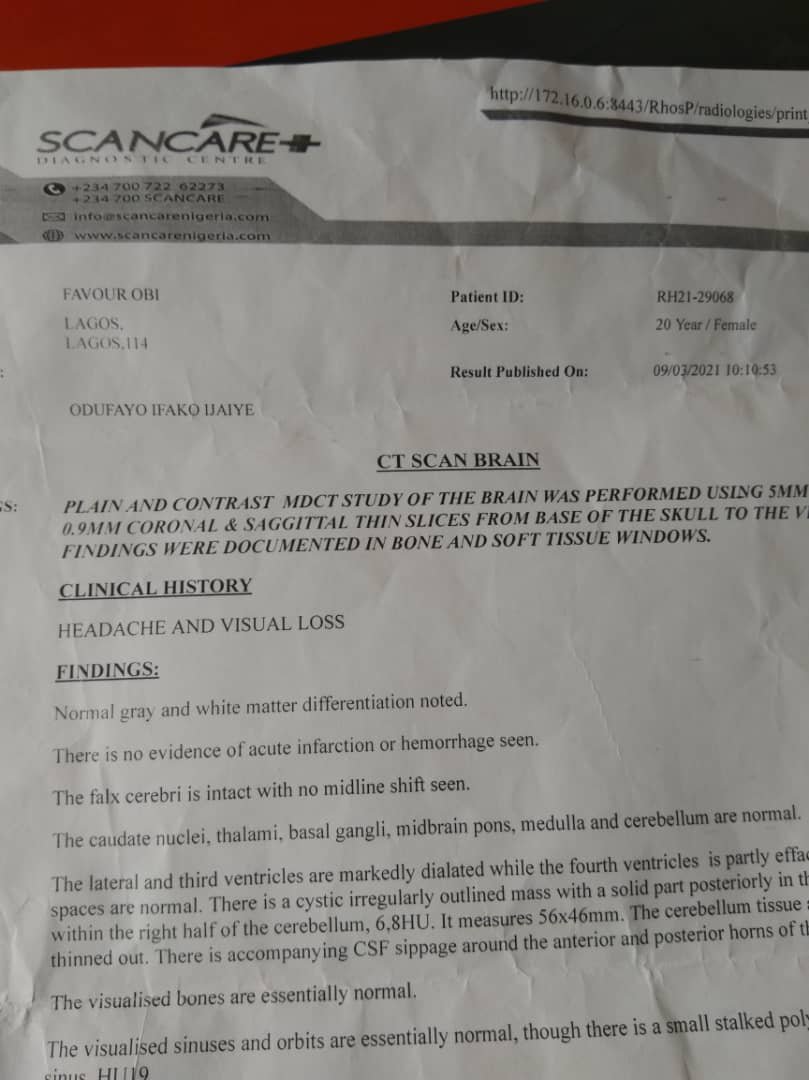 You are a politician with a difference – Engr Uruakpa states...