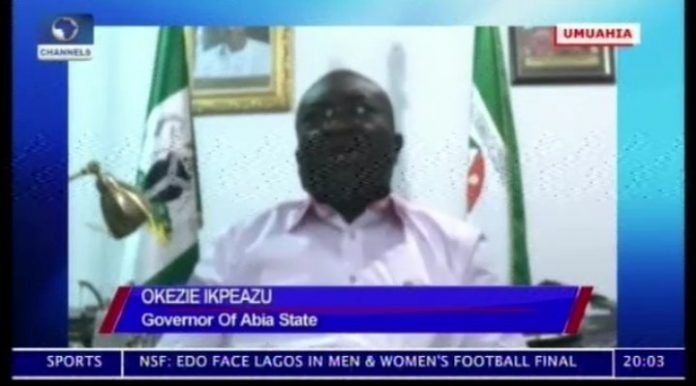 Governor of Abia State, Dr Okezie lkpeazu says his administration is gradually fulfilling all its election promises to Abians.

The Governor stated this while featuring live on a Channels Television programme Sunday night. He said Abians were happy with him over what he has done in Aba in terms of road infrastructure which are there for people to see.

He further said he sees governance beyond the building of roads and payment of salaries pointing out that before he leaves office in 2023, he must have written his name in gold based on what his administration will leave behind.

On agitations by members of the Indigenous Peoples Of Biafra (IPOB), Governor Ikpeazu said “Some of the issues raised by IPOB are valid and need to be addressed”. 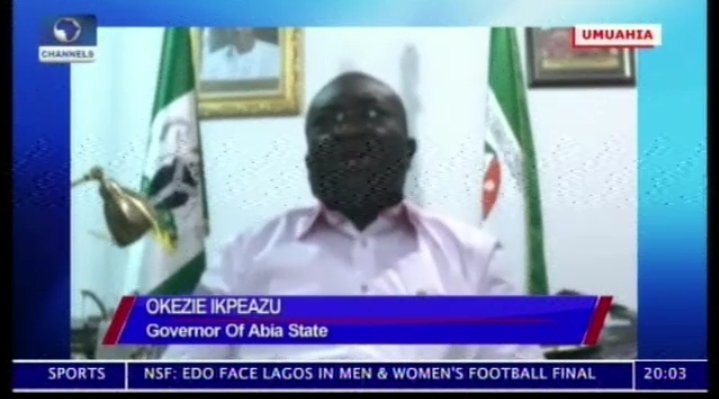 He maintained that Abia remains one of the safest states in the federation and remarked that his administration has a robust system that has helped to protect lives and property.

The state chief executive also revealed that his administration mainstream employment, strengthening small and medium enterprises, invest in the promotion of the Made-in-Aba concept, as well as trains and established the automated shoe/garment factory in Aba, in addition to fixing roads in the commercial nerve centre of the state.

Speaking further on security, the governor advocated for the establishment of state police to assist the governors adequately tackle the dynamism of the modern crime system in the states, and reiterated his support for the creation of a regional security outfit by the southeast governors.

The Abia State helmsman who said he has no reason to leave the PDP because Abians are comfortable in PDP called on the federal government to focus on those things that promote unity and cohesion through its actions and conduct.

He condemned the recent attacks on security formations and killing of police personnel and urged the federal government to ensure that those institutions targeted by the hoodlums are adequately protected.