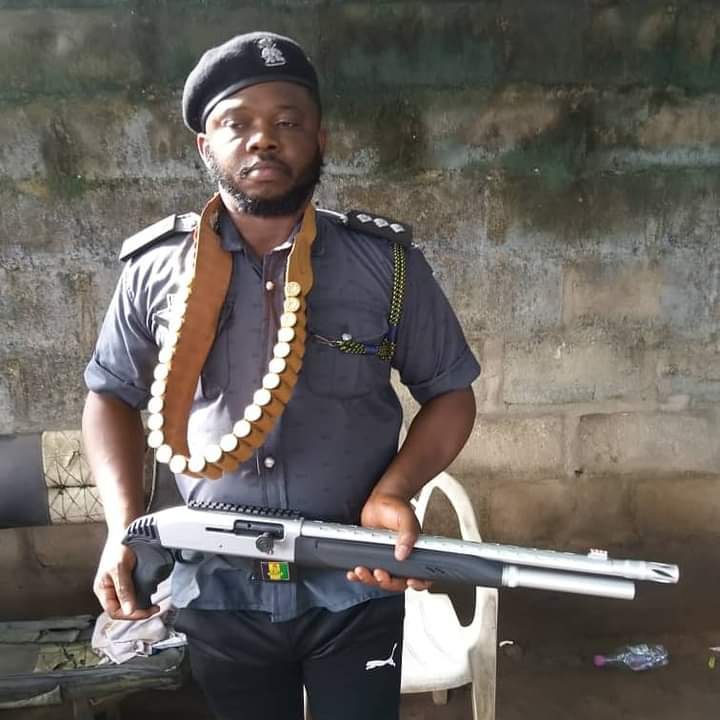 The Imo State Police Command has arrested one Michael Osundu in connection with criminal activities in the state.

The police also accused the suspect of being part of the hoodlums that attacked the Nigeria Correctional Services and the Police headquarters on 05/04/21.

According to the Police Public Relations Officer, Ikeokwu Godson Orlando, the operatives of the command were on surveillance and confidence-building patrol when the suspect was arrested.

On interrogation, the suspect revealed that he is a police spy trained at the Police Training School Ikeja while one English made Pump action rifle and twenty-six (26) live cartridges, a pair of Police uniform with the rank of Deputy Superintendent of Police (DSP)which was hidden in his Tinted Toyota Escalade vehicle were recovered from the suspect.

“In line with the mandate and directive of the Inspector General of Police, IGP ALKALI BABA USMAN psc+, NPM,fdc, to restore peace and tranquillity in Imo state, as well as the determination and adoption of robust crime prevention and detection strategy of the new Commissioner of Police Imo State, CP Abutu Yaro, FDC. Operatives of the Command while on surveillance and confidence-building patrol arrested one Micheal Osundu “m” of Owerri but claim to be based in London, United Kingdom.

Meanwhile, the Commissioner of Police has ordered a full-scale investigation into the matter, with a view of discovering his level of culpability and possibly arresting other suspects. He further uses the opportunity to call on any person who participated in the attack of 5/04/21, as well as the escapee inmates/suspects to turn themselves in, or else will be made to face the full wrath of the law if caught.

The CP, therefore, charged members of the public to partner with the command by volunteering credible information to the Police, which may lead to arresting criminal elements in and around the state.”