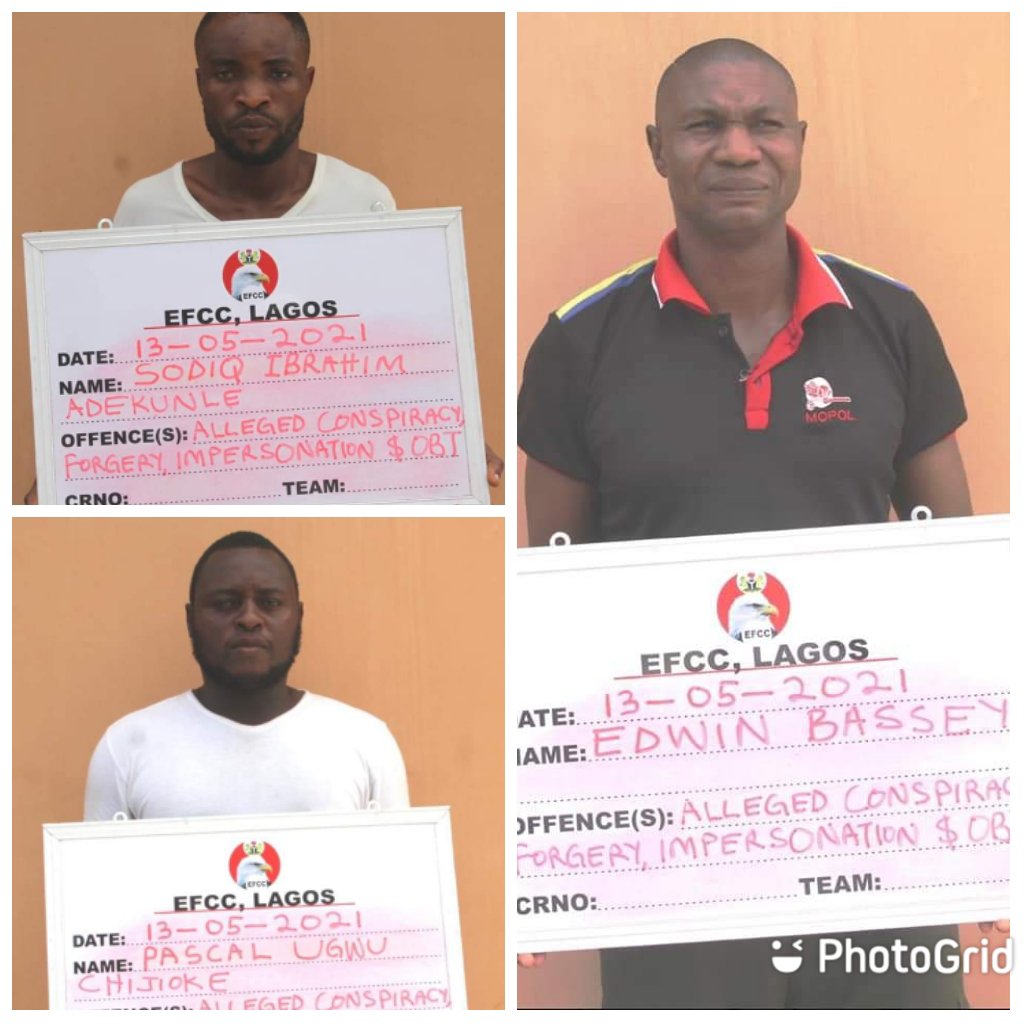 A gang of three fake operatives of the Economic and Financial Crimes Commission who embarked on an illegal operation purportedly to execute a fake Court Order have been arrested in Lagos.

Ghali Ahmed, Head of the EFCC Zonal Office in Lagos disclosed this today, May 13, 2021 at a press briefing in the Commission’s office, Ikoyi, Lagos.

According to him, “The fraudsters were arrested at New Horizon Estate, Lekki, Lagos, in the middle of their illegal operation to ‘serve’ a Court Order purported to have emanated from the Mushin Magistrate Court, on an unsuspecting victim.”

The three-man gang of Pascal Ugwu Chijoke, Sodiq Ibrahim Adekunle and Edwin Bassey, a Police Inspector, posing as EFCC operatives allegedly stormed the residence of their target with all the paraphernalia of typical EFCC raid, wearing fake EFCC branded jackets and identity cards.

“We will always be ahead of these fraudsters. If they fail to desist, they will face the music,” he said.