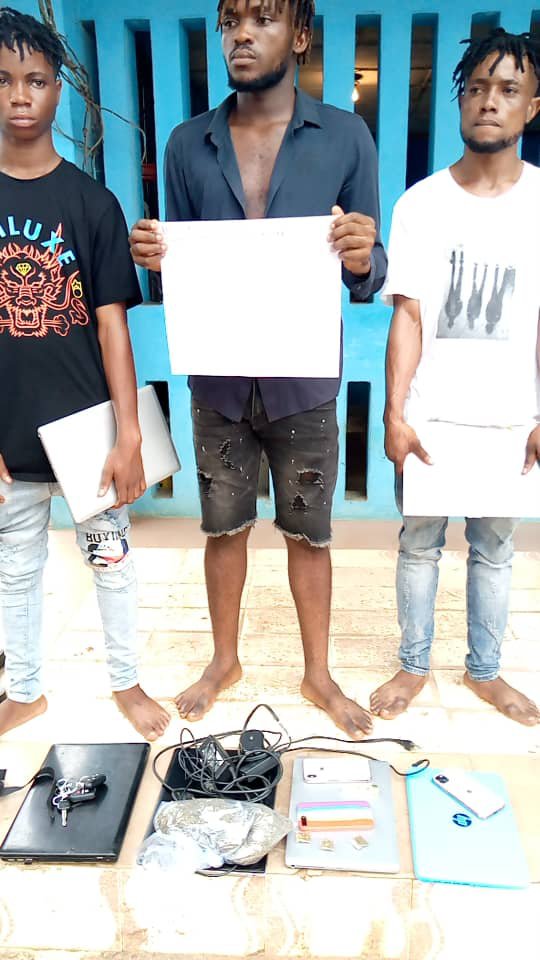 Imo State Police Command has arrested three suspects who have been on the run over series of cybercrime committed within Imo and other neighbouring States.

It was gathered that the suspects, 23-year-old Chidiebere Nwagu, 20-year-old Chukwuemeka Johnson and 22-year-old Maduka Vincent were arrested by the Operatives of the Tactical Units following tip off around 10:40 pm on the 20th of May 2021.

According to the Police Public Relation Officer, Bala Elkana on Monday, ‘the suspects were arrested along Amakohia Owerri/Orlu Road Owerri in a Lexus 350 RX car with registration number GGE 966 GP suspected to be bought with the proceeds of crime.’

The statement also revealed that the suspects will be charged to court as directed by the Commissioner of Police Imo State, CP Abutu Yaro.