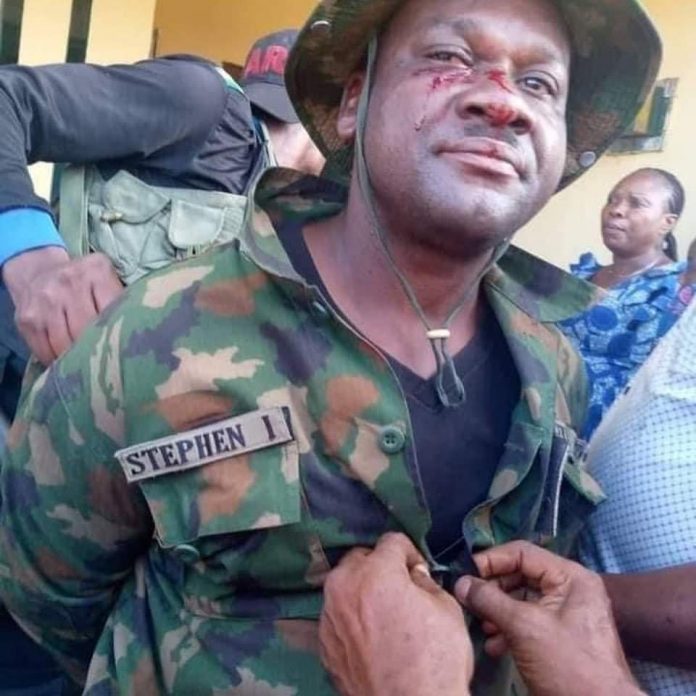 A man disguised as a military personnel has killed an innocent driver who gave him a ride to Ikot Abasi in Akwa Ibom State.

It was gathered that the driver met the disguised military man at Eleme junction in Port Harcourt and flagged him down and asked for a lift since they were going same way.

Unfortunately, he killed the man and absconded with his car.

Unknown to him, the car has a tracker so he was tracked to a hotel and arrested in Ukanafan Local Government Area on Tuesday morning.

The military picked him up first before handing him over to the police for prosecution at Ikot Akpan Abia Police Headquarters.