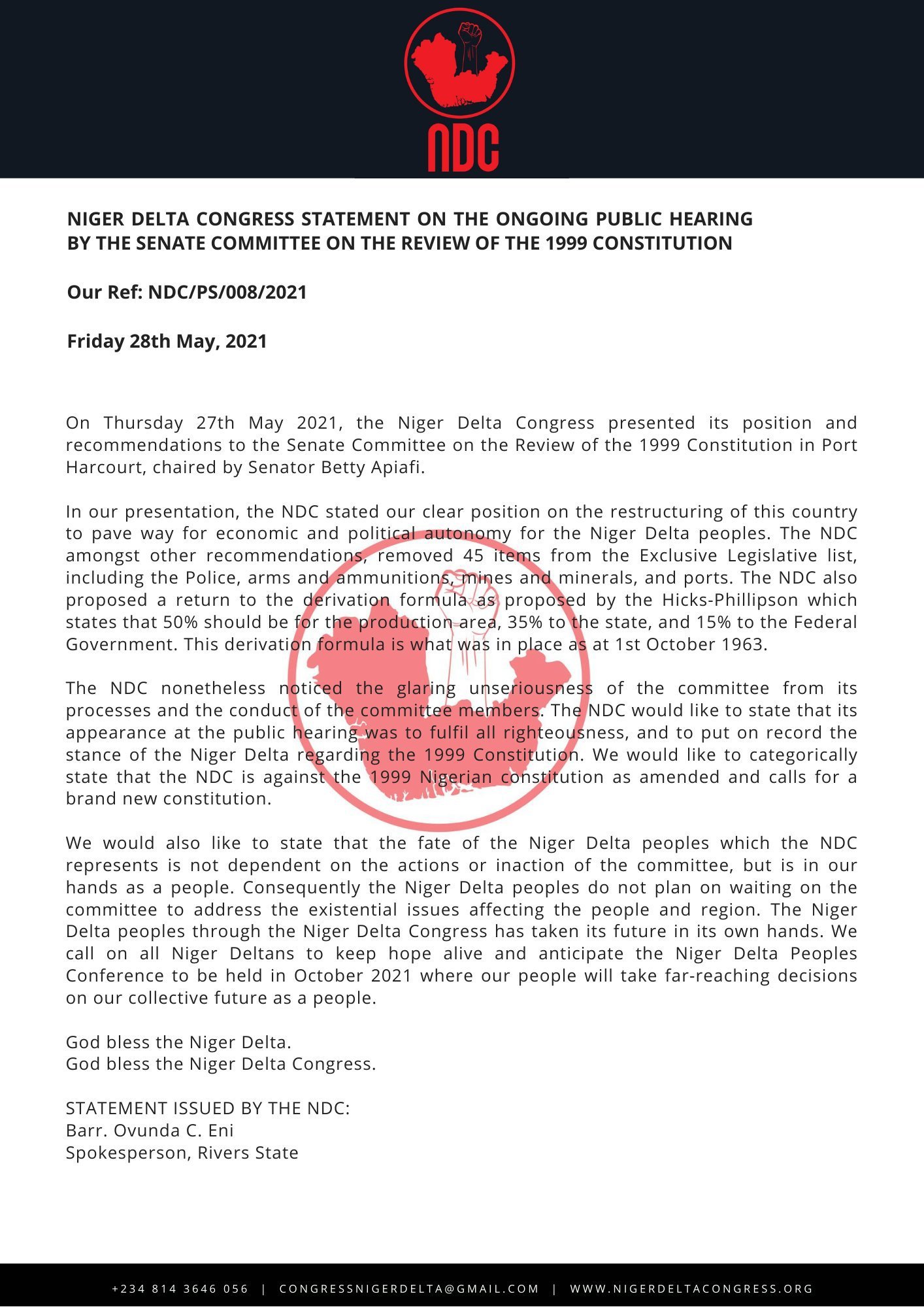 On Thursday 27th May 2021, the Niger Delta Congress presented its position and recommendations to the Senate Committee on the Review of the 1999 Constitution in Port Harcourt, chaired by Senator Betty Apiafi.

In our presentation, the NDC stated our clear position on the restructuring of this country to pave way for economic and political autonomy for the Niger Delta peoples. The NDC amongst other recommendations, removed 45 items from the Exclusive Legislative list, including the Police, arms and ammunitions, mines and minerals, and ports.

The NDC also proposed a return to the derivation formula as proposed by the Hicks-Phillipson which states that 50% should be for the production area, 35% to the state, and 15% to the Federal Government. This derivation formula is what was in place as at 1st October 1963.

The NDC would like to state that its appearance at the public hearing was to fulfil all righteousness, and to put on record the stance of the Niger Delta regarding the 1999 Constitution.

We would like to categorically state that the NDC is against the 1999 Nigerian constitution as amended and calls for a brand new constitution.

We would also like to state that the fate of the Niger Delta peoples which the NDC represents is not dependent on the actions or inaction of the committee, but is in our hands as a people.