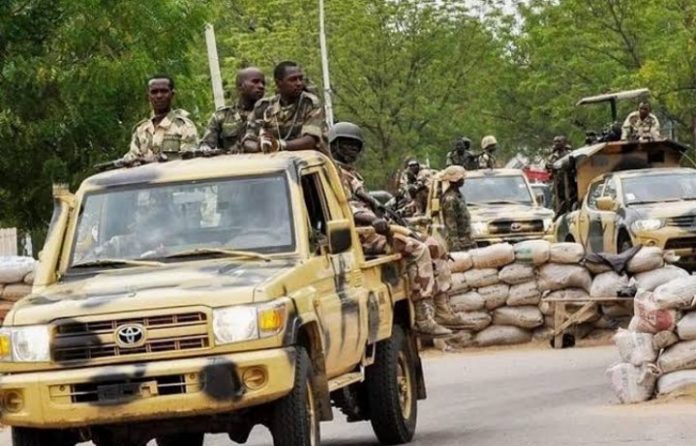 The soldier who shot and killed a custom officer at about 7: 45 p.m. on Wednesday at Oloko checkpoint, Gbaji on Badagry-Seme expressway, Lagos State has killed himself.

It was gathered that the soldier attached to the 243 Recce Battalion Ibereko, Badagry, LCP Mahmud Sulaiman shot himself after shooting the custom officer on Wednesday.

According to the News Agency of Nigeria, Sulaiman was recently redeployed to the Ibereko Battalion from the Theater of Operation in the North-East and has been behaving abnormally since assumption of duty in Badagry.

“In the process of retrieving the cocked weapon from him, which he resisted, he accidentally fired a shot and the stray bullet hit one Inspector of Custom, C.N Walter.

“The customs officer, who was attached to Seme Border Area Comedmand, was rushed to Badagry General Hospital for treatment.

“But unfortunately, the customs officer died at about 6:40 a.m. on Thursday in the hospital. “Subsequently, Sulaiman also shot himself and died on the spot,” the source said.