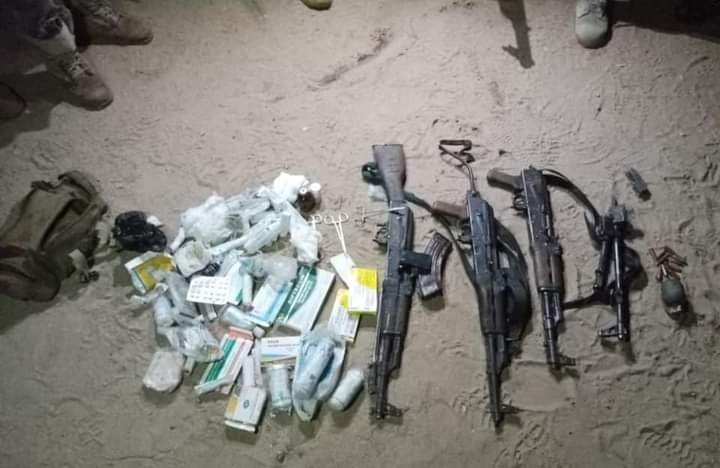 It was gathered that the troops deployed at Forward Operational Base (FOB) of 152 Battalion, Kumshe on Sunday, 20 June 2021 dealt a blow on the terrorist who tried to infiltrate the camp.

According to the Army Public Relations Officer, Onyema Ugochukwu, on Sunday “the terrorists mounted on 4 Gun Trucks and several motorcycles attempted to infiltrate and attack the camp through the northern part of the troops’ deployment, but were met with the fierce fire of the highly alert troops, resulting in the instant killing of 6 BHTs.

The troops, who remained dogged and sustained heavy gun fire on the terrorists during the encounter, routed and forced the terrorists to flee in total disarray, leading to the capture of six AK 47 Rifles, one hand held grenade, assorted drugs and other First Aid items.”

Meanwhile, the Chief of Army Staff, Major General Faruk Yahaya lauded the troop’s high level of alertness and fighting spirit, urging them to sustain the momentum and ensure that the remnants of terrorists hibernating in the area are completely cleared.