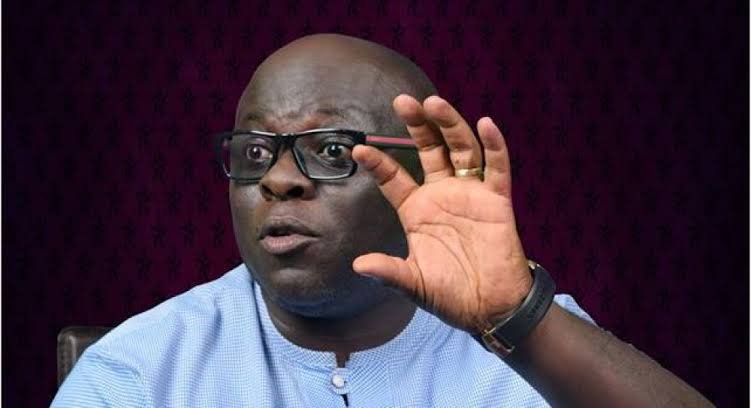 A former Commissioner of Finance in Abia State, Mr Obinna Oriaku has been urged to take his campaign of alleged mismanagement of the Paris Club Refund to Abia State beyond the media space and avail himself of the golden constitutional opportunity offered by the Abia State House of Assembly to present the needed facts on his allegations.

This was the crux of the press release signed by a sociopolitical group, Abia Progressive Movement (APM).

In the statement signed by Comrade Chukwuma Nwankwo and Comrade Alozie Onuoha, Coordinator and Secretary respectively, and made available to newsmen on Wednesday, the group accused Obinna Oriaku of taking desperate and disingenuous measures to frustrate the constitutional work of the Ad Hoc Committee set up by the Abia State House of Assembly to probe the weighty allegations made by him against State actors concerning the Paris Club Refund to the State, and advised him to use the opportunity help Abians know the truth with proofs.

In the last few weeks, Abia’s Former Commissioner for Finance, Obinna Oriaku has been desperately occupying every available space in the media, both social and conventional, in his frenzy and uncoordinated bid to avoid defending his allegations against some State actors as it concerns the Paris Club Refund to Abia State.

In response to the yearnings of Abians who are eager to know the truth surrounding the Fund, the Abia State House of Assembly constituted an Ad Hoc commiittee headed by an APC chieftain in the House in the person of Hon Emeka Okoroafor to investigate the veracity or otherwise of Obinna Oriaku’s claims. Other members of the committee are Hon Chijioke Chukwu (APC), Hon Obinna Ichita (APGA) and Hon Abraham Oba (APGA). It is instructive to note that Obinna Oriaku is now a chieftain of the All Progressives Congress (APC).

With his relentless use of the media to cast aspersions on others with heavy allegations while painting himself as a saint, one would have thought that Oriaku would jump at any opportunity, especially the one by a constitutionally recognised and empowered institution like a State House of Assembly, provided him to prove his allegations and nail those he has been unabatedly accusing in the media. But rather than take this golden and constitutional opportunity, Oriaku keeps manufacturing mundane reasons, either by himself, agents or proxies, why he can’t prove his allegations.

The most laughable of such reasons is that any investigation of his role in the Paris Club Refund is an investigation of the current Governor. That was just a convenient ploy to avoid answering for his deeds. Investigation of a Minister of the Federal Republic or any other federal government appointee by the National Assembly never translates to an investigation of the President. Ministers and Heads of Agencies of the Federal government have at one time or the other been probed by the National Assembly, with some even suspended for their roles in particular matters, yet, the President was neither indicted nor affected in any way. So, it is shocking that a man of Obinna Oriaku’s standing will exhibit this level of crass administrative and legislative illiteracy just to cover up his shortcomings.

His other equally facile reason for hesitating to appear before the Assembly’s committee is that the matter is already in court.

The truth remains that the issues in an Abuja High Court surrounding the Paris Club Refund to the State are totally different from the issues the Abia State House of Assembly Ad Hoc committee is working on. Obinna Oriaku has made weighty allegations against some State actors, it remains the constitutionally recognised functions of the Assembly to unravel the truth. Obinna Oriaku should simply provide proofs to his allegations.

More so, it is totally unreasonable to claim that he will not honour the Assembly’s invitation because the matter is already in court.

More so, the case in court he and his allies keep referring to is a civil case which was instituted by a private firm. It does not in any way relate to the clamour by Abians for Oriaku to honour the invitation by the Ad Hoc commiittee of the Abia State House of Assembly to lay everything bare.

Let us even assume without agreeing with him that that is the case, one wonders why the same character has been granting interviews on radio personally, writing and sponsoring press releases and articles in the media over a matter he gleefully claims is in court whenever he is invited to prove his allegations. He cannot approbate and reprobate at the same time. He cannot teleguide a constitutionally empowered House of Assembly how to carry out its duties.

It is obvious that his fears of not being able to prove his allegations where it matters most has drained him of any iota of sense, hence, he is speaking from both sides of the mouth, running from pilar to post, helter-skelter and futilely clutching to anything including even a straw to avoid proving his allegations.

The earlier he embraces the opportunity availed him by the Abia State House of Assembly to do the needful, the better for him and the generality of the citizens.

Meanwhile, on his Facebook page, Obinna Oriaku shared this below;

The above subject refers.

We are solicitors and have the instruction of Mr.Obinna Oriaku, ex- commissioner of finance 2015-2019 under the administration of His Excellency Dr.Okezie Ikpeazu otherwise referred to as “our client ” to forward this letter to your esteemed office as a matter of urgency.

A copy of Vanguard Newspaper Vol. 27 No 64368 of Wednesday June 30,2021 made available to us by our client shows that the Abia state House of Assembly under the leadership of Rt.Hon.Chinedum Orji on Monday 28/06/2021 set up an ad-hoc committee for the probe of our client over his role in the alleged misappropriation of Abia state’s share of Paris club refund sequel to a petition from the law firm of Ndukwe Iheanyi & co and at the instance of Messrs Anthony Aniobi and Lekwauwa Ndubueze.

While it is not our clients intentions at this point to dwell on the merits or otherwise of the petition, we think that it is necessary to draw the attention of the Speaker and the members of the Abia state House of Assembly to the following facts:

TAKE NOTICE that peradventure the house fails and /or refuses to heed to this clarion call, our client will be left with the only option of approaching the law courts for restraining orders against the Abia State House of Assembly and this shall be without further notice to your office .