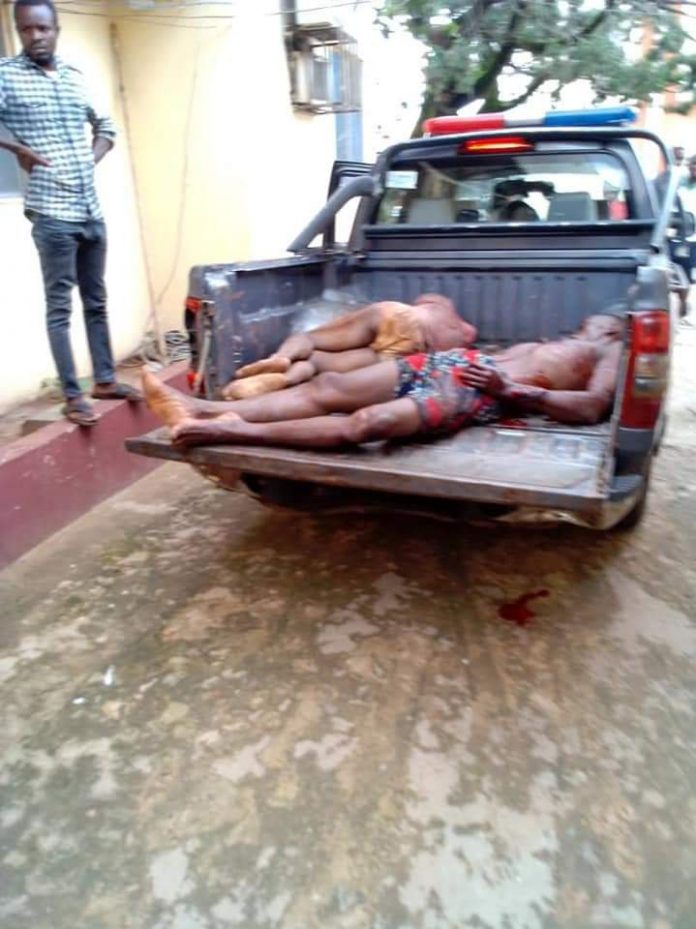 A father and son have killed themselves in Ezinifite Nnewi South Local Government Area of Anambra State over N100 corn on Sunday.

It was gathered that the father and son butchered themselves with a cutlass at their home while fighting.

The vigilante group, who were alerted, took them to the hospital for medical attention but unfortunately, they were confirmed dead.

It’s not clear whether the duo has been buried yet.